Messerschmitts, Sinclairs and a '50s living room: The Bubblecar Museum

There's much more to microcars than Sir Clive's C5 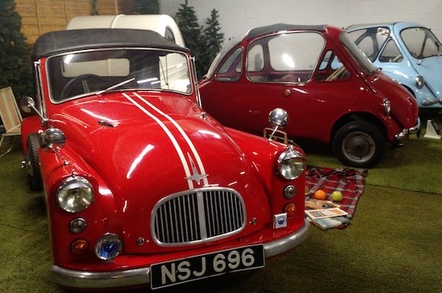 Review Sir Alec Issigonis' Mini may, perhaps, be the most famous of British small cars, and the Fiat 500 one of the most well known continental ones, but before either of those appeared, came plenty of other tiny vehicles, aimed at providing transport on a budget to people across Europe.

With engines as small as 122cc, often only three wheels, and styling that was sometimes decidedly eccentric, the heyday of these small cars – often known as microcars or bubble cars – was the 1950s and early 60s. Companies like Bond, Trojan, Isetta, and Messerschmitt gave people the opportunity to get on the open road. Today, even 'small' cars seem increasingly bloated, with a few exceptions like the Smart. A new Mini, for instance, will dwarf some of the original microcars. 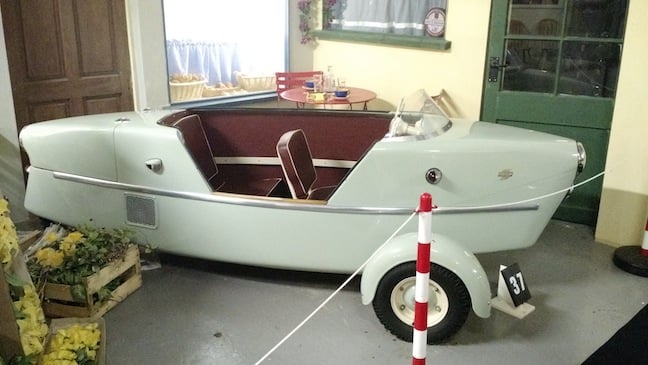 Some bubblecars, like this Inter Autoscooter had decidedly eccentric designs

Of course, to make that comparison in the first place, you have to be able to see a bubble car in the flesh, and they're pretty rare sights on the road. So, on behalf of El Reg, I trekked to the Bubblecar Museum, in Langrick, near Boston, Lincolnshire, to take a look at its collection. Along the way I braved a section of the A1 so shockingly potholed that one of my hubcaps was shaken off and stranded on the centre reservation.

For many people, when you talk of bubble cars, two come to mind. One is the Messerschmitt bubble car, and the other is the Isetta. The Isetta was originally made in Italy, though later sold to BMW, and the first thing you see when entering the main room of the museum is an early Italian one, next to to a Messerschmitt KR200, with a whopping 200cc engine. 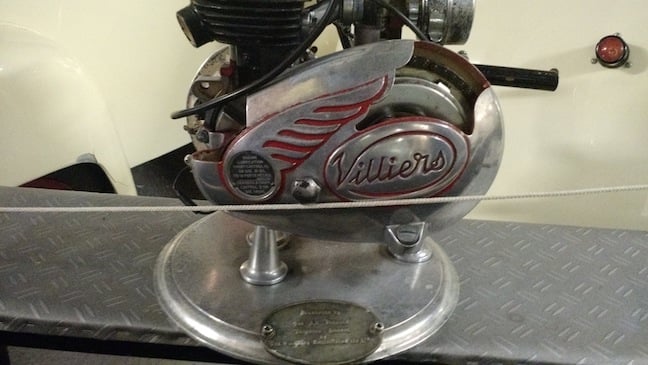 A word to the wise: have a copy of the guide leaflet for the museum to hand. All the exhibits have a clear number next to them, but there's often no information by the cars themselves other than that. Thankfully, with entrance only £3 and the leaflet another £1, it's not as if you're going to break the bank. Without it you'll be in the dark, unless you're a true enthusiast.

That said, while the leaflet does give a background, it tends toward the technical – speed, some history of the manufacturers, the type of engine used, and so on. One of my favourite stories about the BMW Isetta is absent – nine people were smuggled from East to West Germany, one at a time, hidden in an Isetta that had had its battery and cooling system removed.

There is some context added to the cars, though. As well as the vehicles themselves, there are a few recreations of things like a 1950s living room, with radiogram and newspapers. There's a workshop, an old garage and a series of shop fronts too, and some of the items in those will perhaps catch the attention of any in your group who aren't so into the cars themselves. 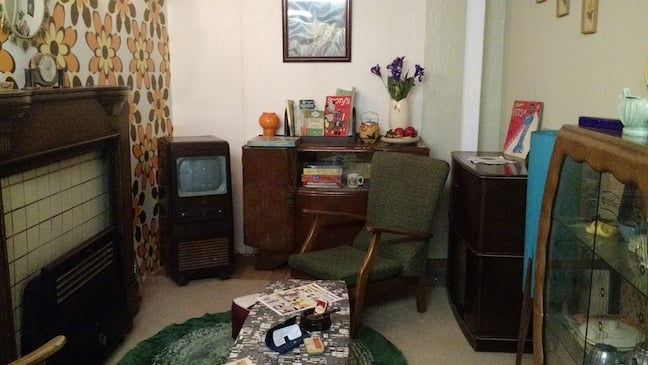 Alongside the cars, room sets like this add a little context to the museum