ZigBee, Z-Wave, Bluetooth or WiFi? Or Thread? Or HomeKit? Or Insteon? 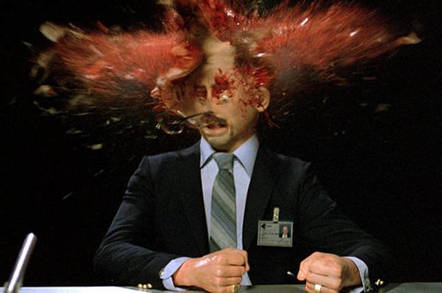 IoT World 2015 Everyone is excited about the "internet of things" – and by excited, we mean seemingly unable to focus on one thing, not thinking very clearly, and talking excitedly about the same topics over and over again.

A panel discussion called "Delivering Smart Buildings in the Home" at the IoT World conference this week helped put some of these issues in the spotlight. On stage were a number of people whose job it is to make sense of all the new activity going on and make it a workable (read: profitable) reality.

Straight up, they arrived at the problem of standards and protocols. "Our opinion is that for the next few years, multiple protocols are going to be a reality," said Kris Bowring, a director of business development at Lowe's. "Consumers will be looking on the packaging for whether it works with Comcast or with ADT. A hub is going to be necessary for the foreseeable future."

Xavier Datin, a senior VP at Schneider Electric, agreed: "We've realized we can't do everything and so we have decided that we cannot lock our customers into a particular network or protocol. The way forward is open protocols."

But, referring to the two most common protocols for the smart home right now, he outlined that his company is already making choices: "ZigBee or Z-Wave? We don't know. We have had to make some choices. But we do need to bring the industry together on this." He won't say what changes his company made, though, or why.

Jim Hunter, chief scientist at IoT specialist Greenwave Systems, agreed with the problem but also highlighted why a solution wasn't easy: "All standards are not created equal. They deal with different parts of the software stack. But it is currently a requirement to make sure they are all supported."

Hunter then pointed to the recent announcement that the Thread Group and the ZigBee Alliance had agreed to make their competing protocols interoperable as an indication that the market will eventually decide how the internet of things will scale.

What are all these things?

Unless you follow this industry closely, you're probably wondering what the other words around Bluetooth and Wi-Fi actually mean, so here is a very quick rundown.

Devices for the so-called internet of things must have three basic properties:

Bluetooth, of course, does many of these things, and it does so securely. But even with the latest Bluetooth LE (Low Energy) standard it can sap a lot of energy from a small product, and thereby reduce its usefulness. It also doesn't really do mesh networks, so its 10-meter range can be limiting.

Then there is Wi-Fi. It has much better range (although having just one router in a house often leads to dead spots) but it comes at a huge power cost. Any IoT device using Wi-Fi is going to need a big battery or a power supply. And so that, again, limits its IoT uses.

Because of these restrictions, IoT specific protocols have emerged. ZigBee and Z-Wave are typically grouped together because they both fill the two biggest gaps: they use very little power and they allow for mesh networks.

With these protocols, you can run your devices all over your house, you don't need to plug them all in, and they can communicate with each other in a mesh, so coverage is good. The problem is that neither protocol appears in most computing devices, so you need a hub somewhere in the home to get them to communicate with and be controlled by your phone or laptop.

There are some differences between ZigBee and Z-Wave. ZigBee uses a higher frequency and as a result can transmit more data, but Z-Wave has a bigger range – about 30 meters, compared to ZigBee's Bluetooth-like 10 meters.

As for Thread – the new kid on the block – this protocol was created last year by a number of big IoT names (Google, ARM, Samsung). The big advantage of Thread is that it is an IP protocol and so can work with the vast internet infrastructure that already exists, particularly in home routers, as well as take advantage of the future expansion to IPv6 networks.

When it came out, many felt that Thread was a threat to ZigBee (it uses the same frequency band, for example). But just last month, Thread and ZigBee announced they would interoperate with one another.

That partnership could turn the market on its head and put Z-Wave – which is the most popular protocol at the moment for IoT devices – under threat. And if you want to claim an early sign of Z-Wave's impending demise, just this week the chair of the Z-Wave Alliance jumped ship and joined ZigBee as vice president of strategic development.

And all of that is ignoring the incumbent big beast, Insteon, which has its own system that uses both radio and its own old-school powerline protocol to spread networking information around the house.

El Reg spoke to Insteon's CTO Dan Cregg this week and he argued that Insteon's approach is still by far the most effective way to create an IoT house. Nonetheless, he said Insteon would also work with IP protocols to talk to other devices as they come to market (the firm has a developer kit and works with Nest, Sonos, and so on).

And that is ignoring the even bigger beast of Apple, which is expected to launch its HomeKit platform later this year. Like Insteon, HomeKit will be a proprietary approach that requires developers to sign up for Apple's developer program, but it will also act as a bridge across to the ZigBees and Z-Waves in an effort to fit in with the broader ecosystem.

And the next problem?

Aside from the actual standards and protocols, there are also the industry alliances that are squabbling over which direction to go.

The Open Internet Consortium, which includes Samsung, Dell, and Intel (all of which were there in force at the IoT World conference this week) wants to work toward a single wireless standard.

At the same time, the AllSeen Alliance is specifically IoT focused and wants a common platform. It announced 10 new members last month to add to its approximately 130 existing members, which include such big names as ADT, Honeywell, Microsoft, Panasonic, Sharp, Sony, and so on.

And then there's the Industrial Internet Consortium and its roughly 160 members, most of which are in the other industry bodies as well.

But let's ignore all that for a second

Ignoring for a second that the whole underlying structure of the internet of things is, to put it diplomatically, in flux, the panelists at IoT World were asked where the real demand was headed.

Datin from Schneider agreed: "Themostats – thank you, Nest, for putting a sexy spotlight on that. But also charging stations and solar systems – something being driven by the interest in electric cars." He also highlighted "microgrids," where battery powered devices can last 3-5 years, and home energy management, where people work out how to reduce the amount of electricity they use.

Greenwave's Hunter, on the other hand, said the killer app is "choice".

Well, there is certainly no shortage of that right now in the IoT world. ®