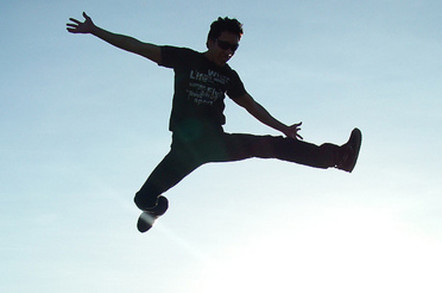 Spanish telco Telefonica bounced back to growth in its first-quarter results — thanks in part to the sale of its UK outfit O2 — increasing sales by 12.6 per cent to €11.5bn (£8.3bn) compared with the same period last year.

César Alierta, executive chairman, described the results as reflecting a "new cycle" of growth for the company, and "across the board all business units, except for Spain, posted increases in accesses, revenues and [operating income]".

"Moreover, Spain has already begun its return to growth after reporting in the quarter a year-on-year increase in accesses, which will gradually translate into growth in financials," he said.

Telefonica recently flogged off O2 to giant Hong Kong-based conglomerate Hutchison Whampoa for £10.25bn. Hutchison already owns the Three network and intends to merge both companies to create the biggest mobile operator in the UK.

It comes as consolidation in the sector continues to move apace, with BT shareholders this month giving the green light for the company's £12bn purchase of EE.

The deal is now in front of the Competition and Markets Authority regulator, which will make a decision on the acquisition by September at the earliest. ®