Back to the Future: the internet of things as imagined in 1985

Dust off that clunky old thing; our time has come 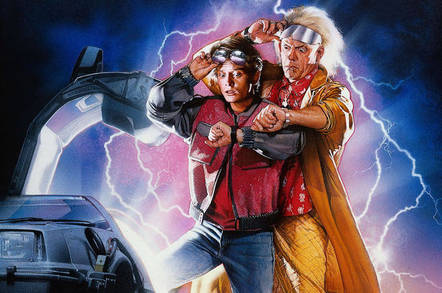 No those aren't Apple Watches.

IoT World 2015 There's a peculiar thing going on at the Internet of Things World 2015 conference this week.

As the buzz around this nebulous concept has reached fever pitch, it seems that dozens of tinkering dads across the US have looked up from their newspaper, exclaimed "my time has come!" rushed down to the basement, and pulled out the box containing their brilliant 1985 prototype.

A quick dust off, print up news leaflets and it's off to San Francisco and fortune!

Amid the new chips, open source software and big names (Intel, Samsung, IBM, Dell etc) there are a surprisingly large number of clunky devices - some of them old, some of them actually new - but all of them missing, well not even the 'wow' factor, but the 'oh that's kinda interesting' factor.

ConnectSense has a collection of no less than nine different sensors covering temperature, water, motion, light and so on. Each one looks the same and is roughly four times bigger than it should be - think a beige Sony Walkman.

Each one requires you setting it up with a USB port with another port used to attach huge sensors. The more recent Wally system manages to get temperature and humidity into a tiny two-inch wireless sensor that is press and play; ConnectSense requires two bricks and four wires. ADT currently has wireless security sensors that you can barely see; ConnectSense's brick would probably fall off the wall without two big screws holding it on.

To be fair, the beige boxes do have Wi-Fi chip in them (plenty of room in there) and the company has developed some more modern looking software, but this is definitely from the Home Automation era and wouldn't be out of place next a huge cathode-ray color TV. 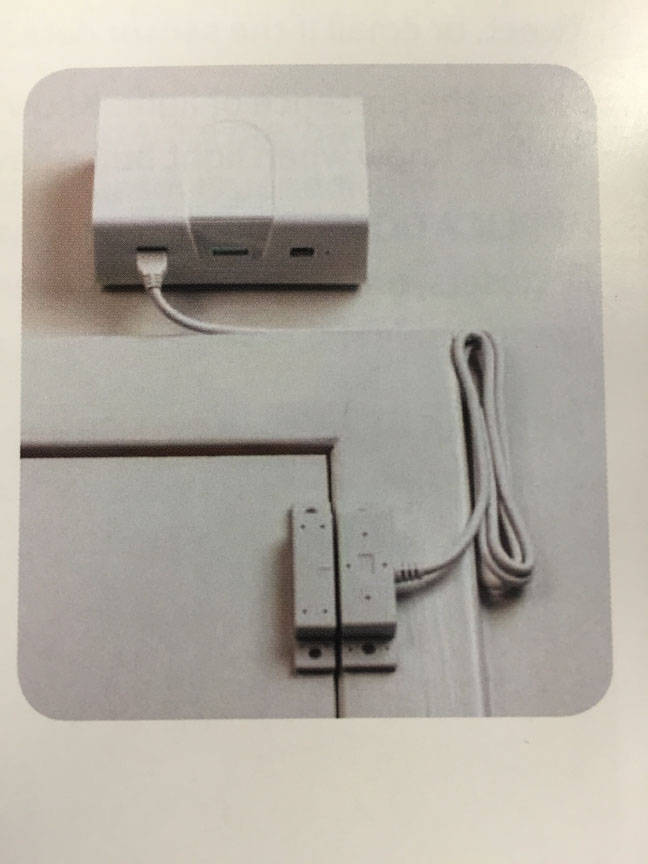 ConnectSense does have a new product from this decade in the pipeline - a smart outlet. And it works with smartphones, the ZigBee gateway, Wi-Fi and has USB charging ports. It's still a brick but it has rounded corners and modern technology.

It's not just old tech that has gone mad over smart-sockets either. The Switch is a new-fangled effort to let you control power outlets. "Just plug it in and you're ready to go, no additional hardware or hubs needed," says its promotional materials.

Except it is, again, unnecessarily huge because it tries to pack everything into a single, standalone box that simply plugs into your existing power socket. Sure, trying to get people to replace a power socket is going to greatly increase the effort required and lose you a lot of potential customers - but having big lumps hanging off your walls that require you to use a special app?

Oh, and it only works with Apple's as-yet unreleased HomeKit. Not something going much beyond the fanbois we suspect.

So here's the thing: if your internet of things device is using AA batteries, you may want to rethink it.

The Switchmate made over $170,000 on Indiegogo. And the people behind it are lovely. But no matter which way you cut it, the device is still something that you could have made at high school and still got third prize. 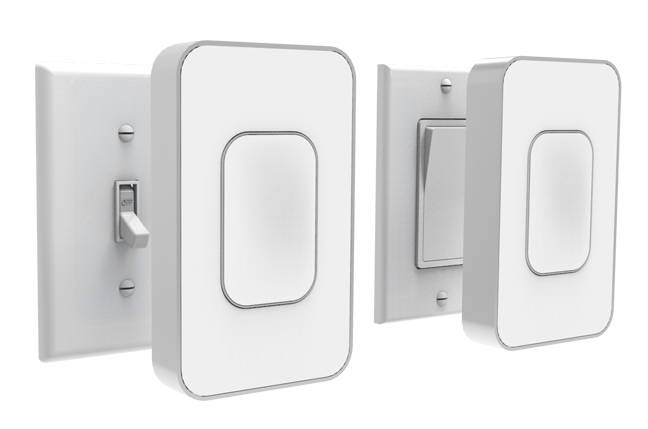 It is a box that fits over your existing light switch. It uses magnets on the screws that hold the plate on to fix itself to the wall. It then physically moves the switch up and down when commanded to.

Of course those commands come from an app on an iPhone giving the illusion that this an internet of things product when really it is the Clapper of 2015.

'Clap your lights to make the lights come on' has quite literally become 'say "turn on lights" into Siri to make your lights come on'. Except the Switchmate doesn't do Siri yet. You have to open an app to turn it on and off. And did we mention it costs $60? 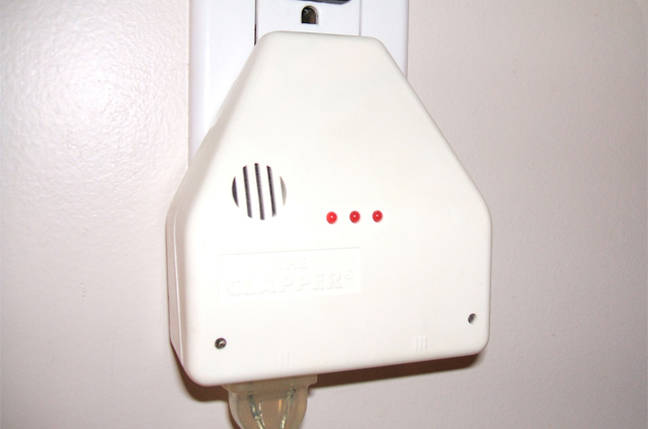 The future is here. An acoustically activated wireless light modulator.

Another very clunky product on display, albeit one that may have a little more life expectancy, is the Wallflower.

The Wallflower attaches to your stove - either direct to the plug in the case of an electric stove, or on the gas pipe with a gas oven. Very simply, if it detects that you - or, more accurately, your phone - are not near the stove it sends an alert. If you don't respond in a set time, it turns the stove off.

The company's VP of hardware engineering Iain McDonald told us that $8bn of damage is caused each year in the US because of stoves accidentally left on. And of course we have all at some point left a stove on and burnt food or wasted a lot of energy.

The question is though: is a mobile phone and Bluetooth technology the answer to this issue?

One advantage in this case is that at least the device itself doesn't have to look nice, be small, or even be seen. But even so, internet of things?

Wallflower reckons that insurance companies are its way in - especially with them paying out so much for accidental fires caused by left-on stoves. Maybe if you install one you get a small rebate.

McDonald also says that care homes and those with elderly relatives are keen on the idea. Of course old people don't have smartphones as a rule, so the company is working instead on a pendant that they can wear. Fortunately, old people never forget to put things on, or forget where they left things, so we see a bright future for this one. 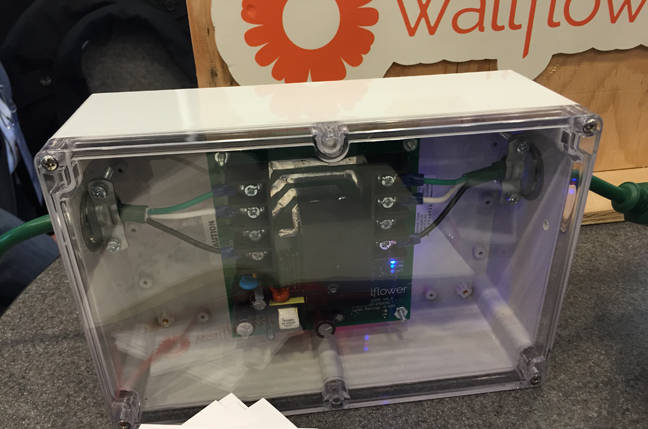 It's not pretty, but it is big.

The full 1985 treatment was complete when it came to the analytics engines on display. As everyone has rightly surmised, the big problem with the internet of things is the enormous amount of largely useless data it produces.

So you need to discard the pointless data and make sense of it all: hence the analytics programs. And some of them also appear to have emerged from the bowels of some forgotten Fortran world.

Plastic Fog has a nice looking graphic that shows a truck, car, plane, house, warehouse, train, and tanker all emitting data and then lines to a set of small scales with server-like blue blocks. It doesn't make much sense to be honest but it looks better than the actual product.

The software will "solve the overall problem". It is scalable, embeddable, "a paradigm shift!" Except we could not make head nor tail of the explanation given which appeared to show software drawing a median line through data points and then averaging them out with other lines from other devices. It's a graphics package that would not been out of place on an Apple II.

The whole idea of the internet of things is that it becomes much easier to understand complex interactions quickly and in real time. The clearer and simpler, the more widely useful it will be and thus the greater its value.

This message was reiterated repeatedly on the various stages: simplicity is key; intelligent understanding of complex models boiled down to actionable events.

But as soon as you got on the conference floor, the analytics engines that will help drive the future come across as no more than jumbles of lines and low resolution blocks of incomprehensible pixels.