But there's a catch: you have to use Samsung's Artik kit to win 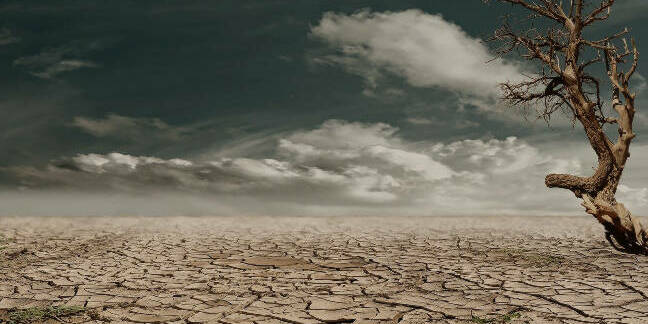 IoT World 2015 Samsung is offering prizes of up to US$90,000 to device devs who come up with good ways to tackle the record-setting drought in California – and who are willing to use the its brand-new Artik Internet of Things (IoT) platform to do so.

In announcing the competition at IoT World in San Francisco on Tuesday, Samsung chief strategy officer Young Sohn also highlighted Weenat, a company he gave as an example of one that's working with Samsung on "smart water use" for agriculture.

Weenat uses low-power networking and sensors, all working on top of Samsung's Artik platform to provide real-time analysis of what is happening in specific fields. One of the benefits of that approach is that it could help reduce unnecessary water use.

Agriculture currently accounts for 80 per cent of water use in California, an issue that is becoming increasingly political. California Governor Jerry Brown recently ordered mandatory cuts in water use following four years of drought, but any fines are likely to be levied on ordinary residents rather than water-guzzling agribusiness.

Presumably Weenat will not be allowed to enter Samsung's Makers Against Drought competition, but everyone else can – so long as they sign up to use the Artik platform and also use it in their solutions.

The competition is open today and will stay open for three months (until September 2), but you will need to apply for the Artik alpha developer program in the next two weeks. You'll also need to produce a working prototype and a video with footage of it in operation before the September deadline.

Winners will be announced at Samsung's next developer conference. ®