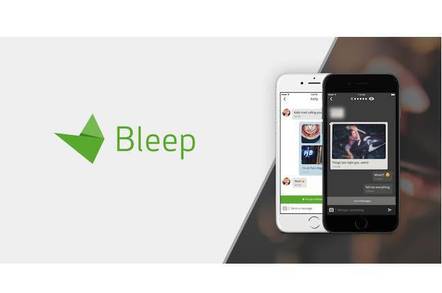 BitTorrent has released its secure messaging app to world+dog, and given it the name “Bleep”.

Bleep can now be had for iThings, Android, Windows and Mac OS. The app promises server-less, peer-to-peer, text or voice communications. The outfit says “we keep messages and the encryption keys for images stored on your local device, not the cloud”. The apps are said to leave no metadata trail, either.

The new releases add a “whisper” mode that sees messages deleted from all participants devices 25 seconds after they land. There's also a screen-grab defeater that fuzzes participants' names, or the messages.

BitTorrent reckons the time is right for Bleep because we're all becoming more dependent on cloud-based communications services but, along the way, also exposing ourselves to pervasive state surveillance.

The app is free and if BitTorrent has a plan to make a dollar out of it, that's not evident. Nor is its intention to make a working product: the Alpha release for Mac wouldn't run on our machines at Vulture South. ®