Toshiba shares go over a cliff after probe into hidden losses 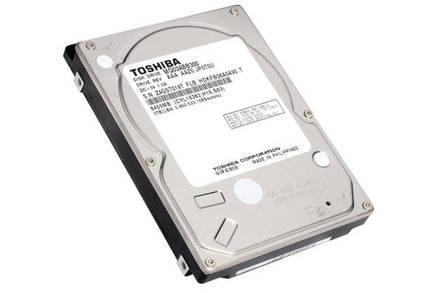 Toshiba's shares have dived 22 per cent in a week after the company commenced a probe into accounting irregularities, rescinded previous profit guidance and cancelled a planned dividend payment.

Toshiba's Notice Regarding Establishment of Independent Investigation Comittee (PDF) explains that some projects went pear-shaped, but that the resulting losses weren't reported in a timely fashion.

While the company unravels the mess, it feels it is not appropriate to pay a dividend or forecast future results.

While the incident seems to have erupted in “infrastructure-related projects” the whole group has taken a battering from the market, as the stock price chart below indicates. 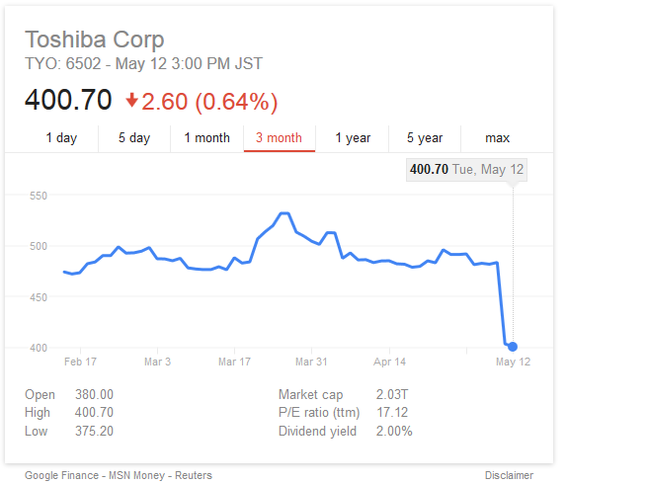 Toshiba's a colossal company, so its information technology arms will be isolated to an extent because they're not under suspicion. But there's a chance the company will be forced into uncomfortable financial contortions to make it out of the tricky position in which its found itself. That could see R&D budgets go down and, before you know it, you're off the pace.

Toshiba's main relevance to Reg readers is solid state disks, a field in which moving slowly probably isn't an option at present. ®