Virtualisation from bearded types who liked it before it was cool 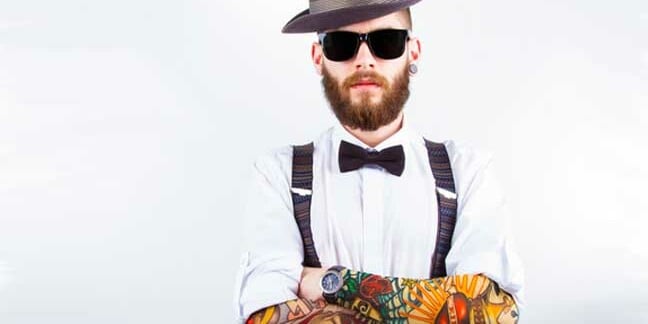 The origins of the hypervisor can be traced back to IBM’s mainframe systems. Big Blue implemented something approximating a virtualisation platform as an experimental system in the mid-sixties but it wasn’t until 1985 that the idea of the logical partition (or LPAR) on the pSeries and zSeries delivered something recognisable as the hypervisor technologies we see today.

Processor capacity is shared among LPAR workloads based on their entitlement and pools of logical partitions can be allocated supersets of processor and memory capacity – this should be starting to sound familiar – much like reservations and resource pools in the parlance of the modern hypervisor.

When VMware introduced ESX (an acronym of Elastic Sky X) in 2002, it followed the pattern of LPAR, that of a resource distribution and partitioning system built upon a custom Linux kernel, as a method of slicing larger servers into smaller workloads, or virtual machines.

The technology changed a lot over the following years, however, and the modern era brings with it a number of alternatives.

The other commercial hypervisors

Aside from VMware ESXi, the two main commercial alternatives are, of course, Citrix XenServer and Microsoft’s Hyper-V.

XenServer is the commercial offering based on the open-source Xen, developed by the University of Cambridge Computer Laboratory in 2003. Citrix acquired XenSource in 2007 and has offered its enterprise focussed XenServer (along with commercial packages) while funding and supporting the open-source development of the Xen Project.

While Xen itself requires a Linux operating system to run atop, the commercial XenServer offering is a fully featured bare-metal hypervisor similar to VMware’s ESXi, and for the most part has been the “go to” alternative for most sysadmins.

Microsoft’s Hyper-V takes a very different road. Introduced with Windows Server 2008, Hyper-V is installed as a role from Server Manager and runs atop the Windows Server operating system.

There is a “bare metal” version known as Hyper-V Server – essentially a cut-down version of Windows Server with Hyper-V baked straight into it – but most sysadmins operate with production Hyper-V systems installed on to Windows, and most of them will be doing so on Server 2012 or 2012 R2, as the latest iterations of the software (known as Hyper-V v3) are orders of magnitude more stable and functional than their predecessors.

While the market share has improved and the feature set is close to comparable with the Linux-based hypervisors, the mistrust of running a virtual environment on fundamentally the Windows operating system – patch Wednesdays, BSoDs and all – is still enough to put off a large portion of the sysadmin community.

If you prefer your hypervisor to be open, then you might want to consider Xen – the open source equivalent of XenServer – developed and maintained by the Xen Project as a Linux Foundation Collaborative Project.

Unchained from the commercial interests of Citrix, the Xen Project has been free to pursue other interest aspects of development. This includes fundamental support of cloud innovations such as CloudStack, Eucalyptus and OpenStack, which led to widespread adoption of Xen by Amazon’s Elastic Cloud and Rackspace among others.

It also encouraged the ambitious port of Xen to ARM platforms, seen a major first step in realistically allowing anyone to build vast compute clusters out of low-cost, low-power ARM servers, as Facebook and Google have been doing in their private data centres.

Some hypervisors aggregate and compile other technologies into a single solution, rather than operating as a new and discrete platform in their own right. Oracle purchased Virtual Iron Software in mid 2009, and its core product was quickly disassembled and remade as the Oracle VM/Sun xVM platform.

Not to be confused with Oracle’s VM VirtualBox application (which is a desktop virtualisation product similar to VMware Workstation or Parallels) the Oracle VM platform – built on the now defunct Virtual Iron software – looks like a distinct product. However, a quick scratch on the surface will reveal it is actually a custom implementation of Xen under a coat of Oracle paint.

The Xen Application Programming Interface, or XAPI Toolstack for short, generally plays very nicely with others and is for this reason that a wide array of other technologies operate with Xen as the core framework, and largely explains why the Xen Project found it relatively easy to achieve such wide adoption of the technology by emerging cloud technologies.