Together they can save the world from social media and democracy 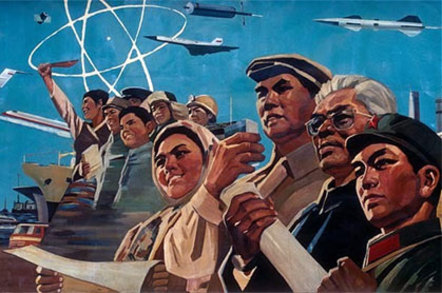 Russia and China have promised to play nicely and not hack each other.

The two countries also agreed to jointly counteract technology that may "destabilise the internal political and socio-economic atmosphere", "disturb public order" or "interfere with the internal affairs of the state", the Wall Street Journal reports.

The latter co-operation comes from a deep mutual distrust of social media as a source of dissent, or worse, Arab Spring-style popular protests.

The deal (announced on Friday) will also involve information moves between law enforcement agencies, as well as a technology exchange regarding the protection of key infrastructures.

Beijing and Moscow have previously teamed up to push for changes in internet governance, moves that would essentially undermine the central role of US-based institutions.

The text of the Russia/China cyber-security agreement can be found here, in a PDF document (in Russian). ®