You say you want a musical revolution. Actually, have three 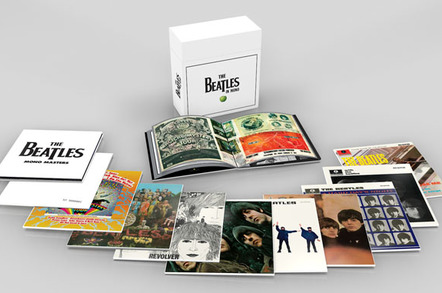 ‪Pop music history has been marked by three distinct revolutions over the last 50 years, according to data-crunching boffins.‬

Three epochal years – 1964, 1983 and 1991 – marke, the greatest upheavals in musical tastes, according to Queen Mary University of London and Imperial College London, based on an analysis of more than 17,000 songs from the US Billboard Hot 100.

The researchers – a mix of evolutionary biologists and computer scientists – attempted to look objectively at how harmony, chord changes and the tonal quality of the music (timbres) changed over time.

More specifically, they used cutting edge methods from signal processing and text-mining to analyse the musical properties of songs.

A system put together by the researchers automatically grouped songs by patterns of chord changes and tone, and this raw data was subjected to consistent statistical analysis, resulting in the team's final findings, which attempted the ambitious task of charting the evolution of pop music.

The first great change came in 1964 when British bands – from the Beatles to the Rolling Stones – burst onto the US charts with a rocky sound that swept away popular music's jazz and blues chords.

The most recent upheaval (and for the analysts at least, the greatest) came in 1991 when rap and hip-hop (which make little use of harmony, emphasising speech sounds and rhythm instead) hit the mainstream.

"This was a real revolution: suddenly it was possible [to have] a pop song without harmony," said Dr Matthias Mauch, a computer scientists from Queen Mary University of London, according to the BBC.

The analysis traced other trends, from the emergence of disco back to the loss of blues chords from the charts decades earlier. Older rock enthusiasts often tend to say that modern music isn't as varied and rich as the stuff they listened to growing up.

However, the researchers concluded that diversity in music is currently as strong as ever. In fact, the only period of stagnation took place with the introduction of arena rock in the 1980s.

"A lot of hair metal and stadium rock, like Bon Jovi and Bruce Spingsteen, came into the charts, and they had a bigger share of the overall charts," Mauch added. "But then rap and hip-hop came in. I think hip-hop saved the charts."

The findings are due to be published in the Royal Society Open Science journal. Music website Last.fm assisted in the research.

Enjoyment of music is a naturally subjective experience, and looking at the evolution of music without considering what might have been happening in wider culture might seem somewhat reductive. However, Mauch told phys.org that his team's analysis was nonetheless valid, adding that the group hopes to expand its work by looking at a greater range of international charts.

"No doubt some will disagree with our scientific approach and think it's too limited for such an emotional subject, but I think we can add to the wonder of music by learning more about it," Mauch said. ®