Scraper in shock move to spend 0.002 of revenue on workforce diversity 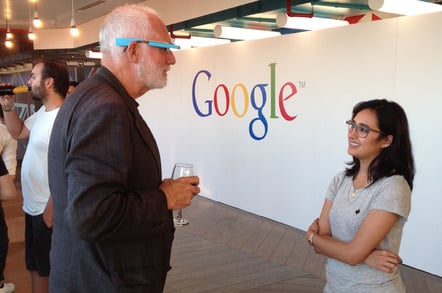 Gigantic scraper ad platform Google has set aside $150m (£98m) of its annual $66bn (£43bn) turnover (that is zero point zero zero two of its money) to tackle the weighty issue of diversity within its workforce.

Nancy Lee, veep of "People Operations" at the Chocolate Factory said Google is determined to tackle its "pale male and stale" issues.

She told USA Today the company will splash the millions this year, as part of its "holistic" programme which will include embedding its engineers at a handful of historically black colleges.

According to the ad-flinger's diversity report last year, only 17 per cent of its tech workers are female, 1 per cent are black and 2 per cent are Hispanic. The company employs nearly 50,000 people.

With an organisation of our size, meaningful change will take time. From one year to the next, bit by bit, our progress will inch forward.

She said the company will share its updated diversity data for 2015 soon. "We’re gradually making progress across these four areas, and we’re in it for the long term," she added.

Technology is not an industry known for its high diversity levels. Last year Microsoft's CEO Satya Nadella caused outrage after he suggested that women should have "faith that the system will give you the right raise," rather than asking for pay rises directly.

He then retracted his remarks promising to redouble Microsoft's efforts to ensure "equal pay for equal work" among all employees.

Apple CEO Tim Cook has also said he is "not satisfied" with his company's lack of diversity. ®