Even Uncle Sam admits: US patent law is whack 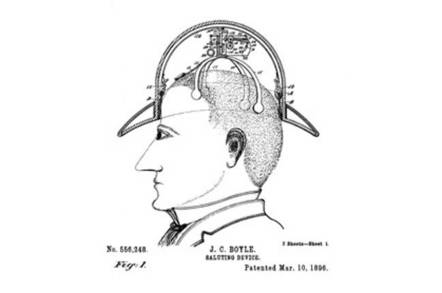 The US Federal Trade Commission (FTC) is calling on the Patent and Trademark Office (PTO) to overhaul its rules on licensing intellectual property.

In an open letter [PDF] to the PTO, the FTC called on its fellow organization to simplify patent law.

"Or, in some cases, to design-around patents, thus leading to a more efficient marketplace for intellectual property and the goods and services that practice such rights."

The FTC is asking the US patent authority to increase the "quality" of patents in order to encourage companies to build new products without the worry of patent litigation and reduce the number of patent lawsuits currently taking place.

"Because patents publicly disclose the inventions that they embody, the patent system also promotes the dissemination of scientific and technical information that might not otherwise occur," says the FTC

"Working in tandem with the patent system, market competition stimulates innovation by creating consumer demand for new or better products or processes."

The FTC wants, in particular, rules that would both speed up the issuing of new patents and set clear boundaries on them, avoiding the sort of vague and far-reaching patents that are often the source of litigation and legal challenges.

The FTC joins a growing list of firms opposed to the current patent structure. Companies including Google, Apple, and Intel have asked the government to pass laws that would cut down on the legal reach of IP-hoarding patent troll organizations, though those measures face stiff opposition from universities who claim the new rules would harm their ability to research new fields.

This as the US government has been more focused with telling other countries about their flawed patent policies.®