Invasion of the bonce-oids foretold for Q1 next year 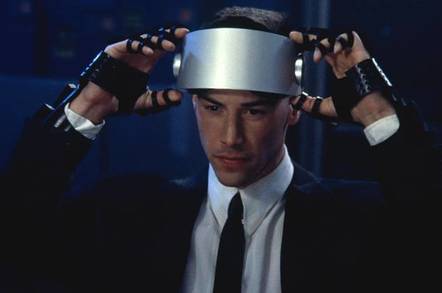 Oculus has announced that its Rift VR headset will ship to customers in the first quarter of 2016. A consumer version of the headset, which has slowly crawled towards the market since developer kit was flogged using Kickstarter, has been settled on. Oculus promises it will soon be strapped to noggins everywhere.

Today's official press release from Oculus offers a "first look at the Rift", which they declare has been "shaped by gamers, backers, developers, and enthusiasts around the world" and will be shipping to consumers in Q1 2016, with pre-orders available later this year.

We’re incredibly excited to announce that the Rift will be shipping to consumers in Q1 2016! http://t.co/XEZ04ZP6UT pic.twitter.com/kpcK5zhpZt

The Rift "delivers on the dream of consumer VR with compelling content, a full ecosystem, and a fully-integrated hardware/software tech stack designed specifically for virtual reality," says Oculus' tinned statement, before adding that the headset is "a system designed by a team of extremely passionate gamers, developers, and engineers to reimagine what gaming can be."

Questions on how broadly gaming might be reimagined by VR headsets have abounded since gaming began, but the availability of wearables designed with a primary target market of gamers is looking increasingly nigh. Microsoft is among those seeking to challenge the Rift with HoloLens, which our Iain Thomson did think offered a new dimension, no pun intended.

Google and Samsung have also touted their own headset devices, although neither company seems to be close to delivering their wearables to market. A partnership between HTC and Valve has produced a device named Vive, which is intended to launch in time for Christmas. Sony's Project Morpheus is expected to be released shortly thereafter.

The consumer version of the Rift is set to incorporate aspects of the Crescent Bay prototype, "with an improved tracking system that supports both seated and standing experiences, as well as a highly refined industrial design," and includes "updated ergonomics for a more natural fit."

The Oculus team remind the world that E3 is "just around the corner" and states its intention to reveal more "details around hardware, software, input, and many of our unannounced made-for-VR games and experiences coming to the Rift."

Among others excitedly searching for ways to apply non-gaming "experiences" of the Rift to their day-to-day work are cybersecurity bods at Blighty's Ministry of Defence, who are playing with a Rift interface for their Virtual Cyber Centre of Operations. Another fine example of intelligent expenditure within the UK defence budget. ®