Hey! Want a FREE TOASTER that makes BITCOIN? What? You DO? 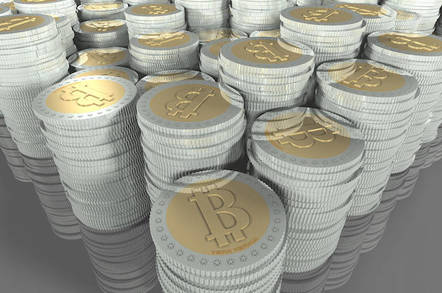 Worstall on Wednesday The Official Greatest Business Plan Of All Time was back at the time of the South Sea Bubble of the Georgian Age. A promoter made a stock offering for “A company for carrying on an undertaking of great advantage but no one to know what it is.”

What made it the officially greatest ever was that this was, obviously and clearly, a scam, yet the promoter still got his money. The reason being that there was obviously an investment bubble going on and people happily bought the stock assuming that they would be able to pass it on to a greater fool soon enough at a higher price.

Which brings us to the company 21 Inc. Which is not a scam and is not quite so glorious but it is a fascinating business plan all the same. FT Alphaville tells us all about it here. It's heavily involved with Bitcoin and there's those of us around who think that that whole thing is simply a bubble. Even if it's not one (ie, the blockchain might be useful for something even if the currency isn't) it's most certainly been interesting watching every single scam, fraud and oopsie! moment in humanity's monetary history being played out at warp speed.

21 Inc has raised $116 million of venture capital from all the right people - Andreessen Horowitz, Qualcomm, Peter Thiel, Mark Pincus and the rest. And, of course, there's the Valley's secret sauce, jargon, to be played with as well. Democratising Bitcoin, payments are now packets and all of that.

And one could imagine a variety of business plans to build all of that into. Cash, sexy bitcoins, chip makers, sexy payment systems: why not? Create a really simple to use pay by bonk bitcoin chip, get it into all smartphones in the world and make a killing. By harvesting the information of what everybody is bonking for, of course. We could imagine that as a plan, couldn't we?

But the Financial Times tells us that that is not the plan. And this was published on April 30, not 1.

The core business plan it turns out will be embedding ASIC bitcoin mining chips into everyday devices like USB battery chargers, routers, printers, gaming consoles, set-top boxes and — the piece de resistance — chipsets to be used by Internet of Stuff devices.

Yes. Your toaster will mine for bitcoins. No, really.

One thought is that we tend to replace our toasters less often than miners have to replace their ASICS. So, that internet of things doing the mining will steadily become less economic over time as the installed base just won't be updated that often. But this doesn't matter! Because 21 Inc isn't paying for the electricity which is the cost that other miners have to minimise by continually upgrading.

I've written more than a few business plans in my time and if I'd come up with this one I wouldn't be able to stop giggling long enough to present it. Nor, in fact, stop hugging myself for long enough to type it out. Obviously these people are made of sterner stuff.

Inquiring minds will be able to work out that of course this plan, by definition, loses money for consumers. So the big bet underneath it all is are the general public actually stupid enough to go for it? Here's a free toaster, some bitcoin, and please don't check your electricity meter?

Hmm, toughie really but I'd say probably yes. After all, as the phrase goes, no one has ever lost money by underestimating the intelligence of the American public. By overestimating it, yes, but not under. ®