Now Smartflash wants $1.6bn for its iTunes patents. Apple: You'll get nothing and like it! 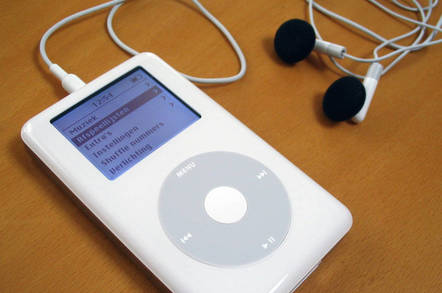 Not content with a $533m payday, patent troll Smartflash is asking a US federal court to triple the infringement verdict it won against Apple and iTunes earlier this year.

In a 49-page filing [PDF] with the Texas Eastern District court, Smartflash argued that February's jury award was insufficient and should be tripled to nearly $1.6bn, while ongoing royalty rates should be tripled as well.

"Apple mounted no credible defenses. It was decisively beaten," Smartflash claimed. "Apple gambled on trial rather than making any attempt to deal with Smartflash directly, and significant enhancement is warranted."

Apple was found to have violated three Smartflash patents related to "data storage and access systems," including US Patent Nos 7,334,720, 8,118,221, and 8,336,772. All three seem to describe the same premise: a cloud service feeding media files to a portable device.

Apple has and continues to argue that the patents should be invalidated and that any cash awards to Smartflash should be tossed out. The Cupertino giant said in a filing [PDF] appealing the jury verdict that the patents were too vague in nature to survive a challenge and thus should not be the basis for any payout.

"Regardless of the jury's conclusion on the underlying issue, Apple raised a substantial question as to the obviousness of the asserted claims," Apple lawyers wrote.

"These arguments were at least as strong as those made in cases where the Federal Circuit deemed judgment of no willfulness as a matter of law appropriate despite adverse jury verdicts on validity and infringement."

Smartflash, however, tried to turn this argument around, suggesting that if Apple doesn't know how it infringed, it can't fix iTunes and thus an injunction is warranted – in this case, a tripling of the royalty fee.

"Apple stipulated that it has identified no non-infringing alternatives," Smartflash argued. "Thus, according to Apple, the only way that it can stop infringing is to stop selling the accused products altogether."

Regardless of the court's decision on these two appeals, we are far from reaching a resolution in this case. Apple has already vowed to appeal the case "up through the court system" until it gets its way. ®