Docker vs the container world: Techies rally around CoreOS-led spec

The big D is still going its own way 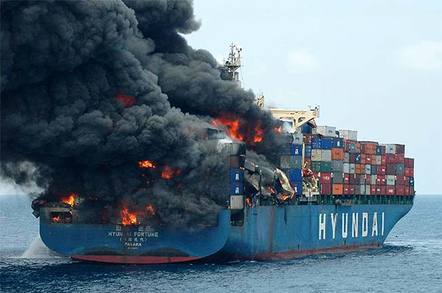 CoreOS Fest There was an elephant in the room at the inaugural CoreOS Fest in San Francisco this week, although like most such purported pachyderms it took a while before anyone would mention it.

It was only when Twitter engineer Charles Aylward began fumbling over a tortuous description of "this other, well-known container system" that CoreOS project manager Kelsey Hightower let him off the hook.

"You can say Docker," Hightower said.

Still, the "D-word" was uttered surprisingly seldom for a conference that was almost entirely geared around containers and containerization. Docker the company was a no-show, although it plans to hold its next DockerCon event in San Francisco in June.

But that started changing in December, when CoreOS announced rkt (née Rocket), a homegrown runtime that implements a new public specification called App Container (appc for short) and which competes directly with Docker.

CoreOS says it still plans to support Docker on its OS. But CoreOS CEO Alex Polvi has also been publicly critical of Docker's design, its security model, and its future roadmap. Internally, CoreOS has begun shifting its development efforts away from its early reliance on Docker, in favor of its own code. Most recently it announced Tectonic, a new commercial infrastructure offering that uses rkt rather than Docker to run containers.

At CoreOS Fest, representatives from an array of prominent companies appeared to concur with that decision – including Google, Intel, Mesosphere, Red Hat, Twitter, and VMware, among others – although the guest speakers seemed reluctant to trash-talk Docker.

Rather, Tim Hockins, who works on the Kubernetes project at Google, gave credit to Docker for kicking off the current interest in containers among the Linux community. Although containerization has been available in various forms on various operating systems over the years, it was Docker that managed to popularize it and make it attractive even to companies that aren't necessarily running data centers at Google's massive scale.

"I think it's a natural model," Hockins said. "I think it makes a lot of sense, and I think that Docker did a great job of really nailing the simplicity of the model and getting the ball rolling in a way that Google didn't."

Next page: Standards before software
Page:
Tips and corrections
4 Comments