Tesla Powerwall: Not much cheaper and also a bit wimpier than existing batteries

Elon Musk's revolution will not be electrified 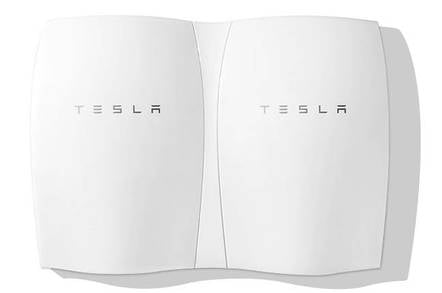 It's pretty and batteries are ugly – but Tesla's Powerwall is more like an incremental change than a radical disruption.

Given that the hype over Elon Musk's Tesla Powerwall announcement has reached all the way from The Verge calling the colours “lickable” (no, not likeable) and tossing in a hypegasm over Musk's “best keynote ever” (neither of which are getting links from Vulture South) through to the more restrained “game changer” commentary, it's hard to distinguish reality from utopia.

After a weekend of consideration, consultation, and patiently waiting for a response to an interview request (still waiting), Vulture South has concluded a few things.

The general public isn't really geared up to understand all the nuances of total cost of ownership for something like the Powerwall.

2. The Powerwall won't light the way to an off-grid future

Where the Powerwall falls down is in the also-hyped capacity to take homes off the grid completely.

In this application, there's a key specification that's just as important as the battery's capacity – its output. And here, the Powerwall falls down badly, at a limping 2 kW (continuous).

That's not really enough to run a household at peak times: for example, it won't boil water for coffee in your 1,500 watt electric kettle at the same time as making toast in your 950 watt toaster.

So the off-grid home will need two Tesla Powerwalls – not because it can't store electricity efficiently, but because of the limited output power.

Unless the homeowner's day also starts with flipping the switch on 1,200 watts of air-conditioner and fire up the 2,400 watts' worth of iron to get the wrinkles out of shirts.

The same spend on boring batteries wouldn't get as much storage for the off-grid home – but it would provide output current sufficient to cover the peaks.

Why the low output power?

Why, then, has Tesla given the Powerwall the body and engine of a Model S, and slapped on a 40 km/h speed limiter?

Vulture South has asked to interview someone with technical knowledge – so far without avail – but suspects the 2 kW output power is there to serve another important specification: the ten-year warranty and offer to add a second decade of supported life.

One reason for wrapping the batteries in electronics is to pamper them – otherwise users might drain them too fast or discharge them too deeply, and shorten their longevity.

Which is all well-and-good, but this also takes the discussion back to my first point: where the purchase price doesn't match up, Tesla is going to have to teach potential customers about TCO.

What's certain is that incumbents in the renewable energy sector will respond. Elon Musk is encouraging them to, after all, with his radical “open the patents” approach.

It's also certain to spark a price response from the incumbents – unless you assume that there's zero mark-up throughout the existing household-scale storage supply market.

It's worth noting that with tests under way at Amazon et al, perhaps the biggest game changer will be in the utility-scale and enterprise-scale markets.

People choosing between a Powerwall and this year's family holiday can't be relied on to respond to TCO arguments. Amazon, however, has finance teams poring over business cases and balance sheets.

Those are the buyers that will decide, in the long term, whether Tesla has changed the game, and by how much. ®