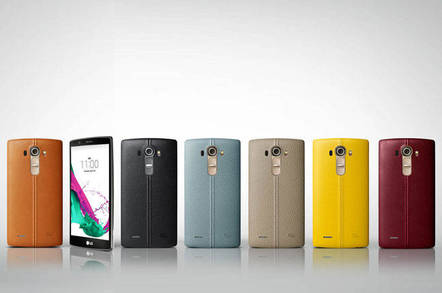 Qualcomm is hitting back at the suggestion its Snapdragon 810 system-on-chip overheats, while carefully making sure it doesn't call its customer LG a cheapskate.

Critics argue that if the 64-bit ARM-compatible Snapdragon 810 was problem-free, it would have been chosen by LG for the new flagship G4, which was launched this week and uses the Snapdragon 808. If the G4 is the greatest phone ever, why not use the top-of-the-range processor?

(As an aside, Samsung went in-house for the processor in its Galaxy S6 smartphone, choosing its own Exynos 7420 system-on-chip over the Snapdragon 810.)

Examining the detail, however, you soon discover that LG isn’t claiming that the G4 is a flagship mobe. It majors on having a fast f/1.8 lens, great battery life, a new user interface and a leather back. LG doesn’t claim that the G4 is the fastest phone yet. And the LG Flex 2 does use the Snapdragon 810.

Qualcomm’s chip pricing has always been shrouded in secrecy. It works hard to make sure that rival customers don’t know what the other is paying. It is, however, to be expected that LG will be paying less for the six-core 808 than the eight-core 810.

What no manufacturer ever says is “it’s engineered down to a price”, however true that might be, so instead LG's Dr Ramchan Woo, head of smartphone planning, said: “Our objective with LG G4 was to create a smartphone with the optimal balance of performance, functionality, efficiency and design innovation.”

“By working closely with Qualcomm Technologies on the LG G4 smartphone,” Dr Woo continued, “we were able to deliver on this high bar of innovation that both companies set.”

Both Qualcomm and LG talk a lot about battery life. In practice the 808 has a very similar processor architecture. It runs at a slower clock speed which will help both battery life and reduce heat, and the graphics processor is downgraded a little on the 808.

How useful the extra power is on the 810 depends on the application. If a game is driving all four cores hard you’ll see a difference, particularly over short periods of time because when the chip heats up, that will cut the clock speed. In a long gaming session an 808 may start slower but overtake an 810 as the 810 gets cut by heat – and then see the 808 slow as that too gets hot. This is familiar territory for all processors.

A Qualcomm spokesman refused to comment to The Register, telling us "all decisions on the components of a handset are down to the individual OEM."