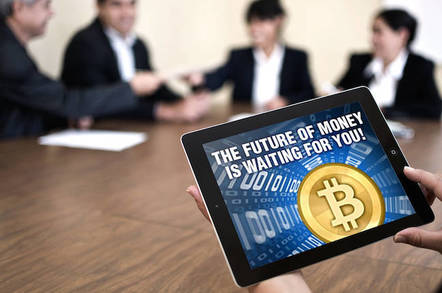 The NYDFS will publish its final "BitLicense Regulatory Framework for Virtual Currency Firms" in the next few weeks, a spokesman told us. Most of its provisions will become immediately applicable.

That means any firm that has applied to become a virtual currency exchange will be able to formally launch in New York – the epicenter of the world's financial systems – as a bank. So far, however, just one company has applied: itBit Trust Company LLC.

itBit has been ramping up to the launch for the past year – beginning with moving its headquarters from Singapore to New York – but the past week has seen a flurry of activity.

Last month, VC-backed itBit also revealed that it was one of three successful bidders in an auction for Bitcoins seized from online drugs bazaar Silk Road. It said it won 3,000 of the 50,000 being auctioned, a sum currently worth around $675,000.

With virtual currency still seen by many – especially those within the banking sector – as disreputable or suspicious, itBit has pitched itself as being entirely trustworthy.

"Built by Wall Street professionals," its website pronounces, "itBit is institutional-grade and 100 per cent compliant within every jurisdiction it operates. The company’s stringent compliance program ensures the highest level of customer security and protection."

The compliance aspect is critical in building up virtual currency's credibility and New York will be the first place to formally build it into its systems.

The NYDFS' BitLicense Regulatory Framework was first proposed in August 2013 with a notice of inquiry [PDF]. The agency then held public hearings in January 2014 based on its initial plans for how to regulate a virtual currency.

Those plans were sped up following the collapse of the world's largest virtual currency exchange, Mt Gox, in March 2014. The NYDFS asked for formal proposals to establish regulated virtual currency exchanges in New York, and one set of proposals released in July 2014 and put out to public comment for 90 days received hundreds of comments. Then on February 25 of this year, the NYDFS offered revised rules for public comment for another 30 days.

Now the NYDFS is fairly sure it has a workable set of rules and it plans to release them in the next few weeks, according to a spokesman.

Of most concern has been the compliance costs for new or fledgling virtual currency enterprises. In response, the NYDFS said it was considering a special "Transitional BitLicense" that would allow small businesses and start ups to operate within a more flexible framework for a set period.