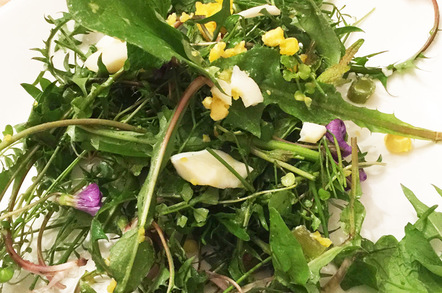 We at the El Reg Quid-A-Day Nosh Posse headquarters received the first full report from team member Nathan Dennis yesterday afternoon, shortly after he got stuck into the Live Below the Line challenge in aid of Malaria No More UK.

Regarding his basic line of attack as to how to survive on £1 a day for food, he said: "Given I do a fair amount of activity including mountain biking I needed to make sure that I got enough energy into my diet so I could get to the office and home each day. Additionally I run one half of a global 24/7/365 tech support operation and need to factor in the HR consequences of killing people who upset me when my blood sugar is a little off."

That led him to conclude the single menu item approach is the way to go – in common with my own chickpea stew + rice/potato strategy. His £4.63 stockpile – including some "joyous" cheapo teabags – looked like this on Sunday night: 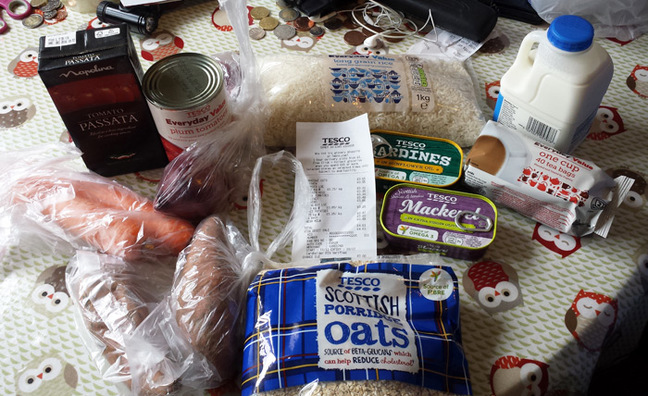 Nathan explained: "I opted to go for a mixed veg and tinned fish approach with rice for the main meals, and porridge with water and a small spoon of honey for breakfast. This was designed to give some protein, provide the oil needed for the cooking from the tinned mackerel and to provide varying rates of energy release with carrots and sweet potatoes and the long grain rice. By mixing a variety of higher fibre items like the porridge oats and the root vegetables I am hoping to keep my guts working as normally as possible." 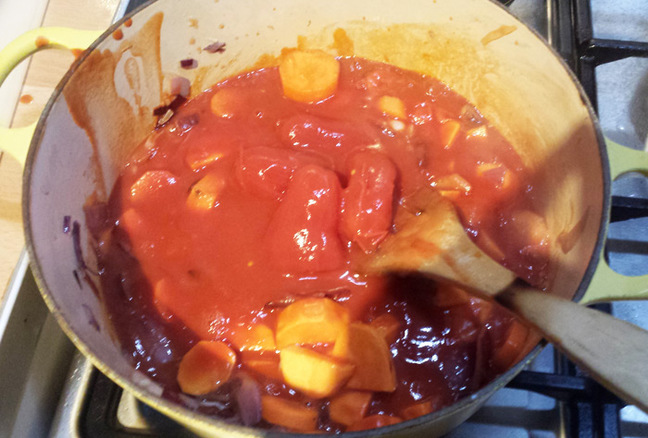 ...and here's the end result with some rice, good to go:

Good stuff, although that's not a lot of grub to fuel five days on the go. Nathan said of his first day of belt-tightening: "To ensure I didn't waste any energy from my food I cycled to the office first (40 minutes, mainly off road) and then ate breakfast immediately afterwards to ensure maximum glycogen reloading from the porridge.

"Lunch was the 'fish surprise' which was remarkably edible but will become less attractive as the week goes on, and value tea is drinkable without milk as strength is not an issue with the bags of dust masquerading as tea from the Tesco Value range.

"I am aiming to cycle home around 5pm and then repeat the process of eating within an hour of completing the ride to maintain my energy levels and then it will be an early night as I can't raid the fridge in my sleep."

Good luck to you sir. On the other side of The Pond, meanwhile, ex-pat Richard Jacob and family threw themselves wholeheartedly into the challenge yesterday' having previously prepped some no-knead bread on a 24-hour rise, and got some home-made yoghurt on the go. 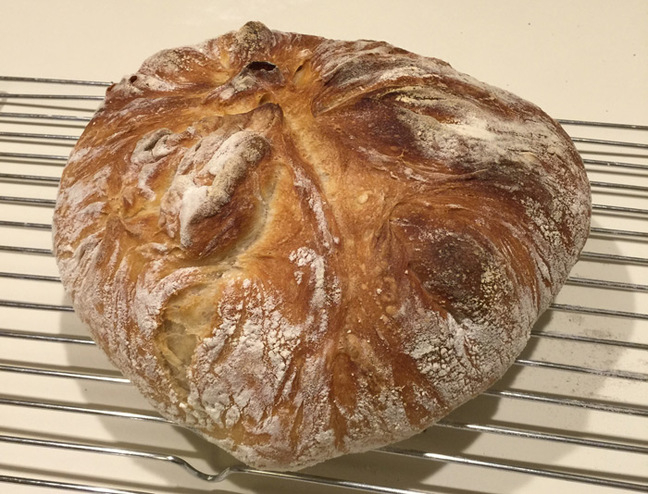 No need to knead

Richard reported: "Made waffles in the morning. My daughter Zinta came downstairs and said 'Oh waffles!' and went straight to the fridge for the maple syrup. Had to say no as it is too expensive. We made strawberry jam syrup instead. Lunch was leftover waffles. Snack was yoghurt although Zinta wanted something after her yoghurt. It's difficult to keep the kids' expectations in check. My son Talis* is 10 and was less worried about only having one snack. 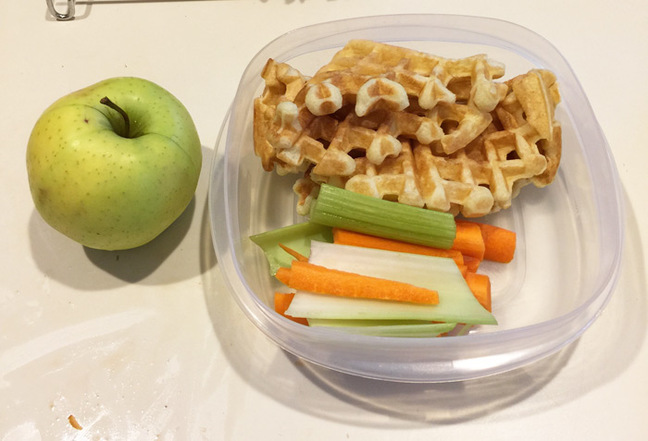 Zinta, step away from the maple syrup

"Tea was pizza and foraged salad, aka weed salad. The kids had just been on an edible plants course for Earth Day so were keen to put their new-found skills to the test. The salad looked good but many of the leaves are quite bitter and stringy. Everyone said it tasted OK but the proof is on the plate with all the leftovers. Nutritional value of the salad was limited in calories but it did contain some vitamins and minerals." 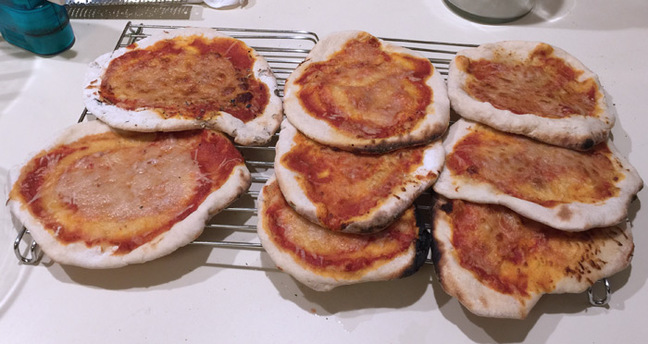 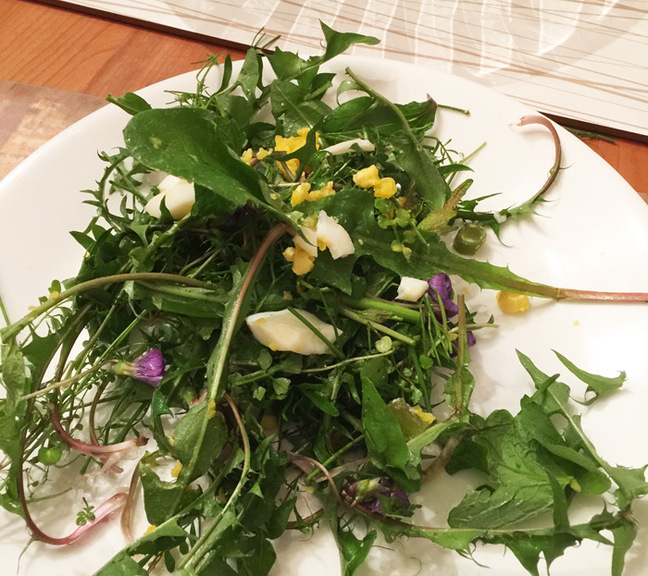 In conclusion, Richard said: "We were on budget for the day and are in good stead for tomorrow with a lunch of pizzas, a loaf of bread and 6 yoghurts in hand. That means we can spend a bit more on dinner." 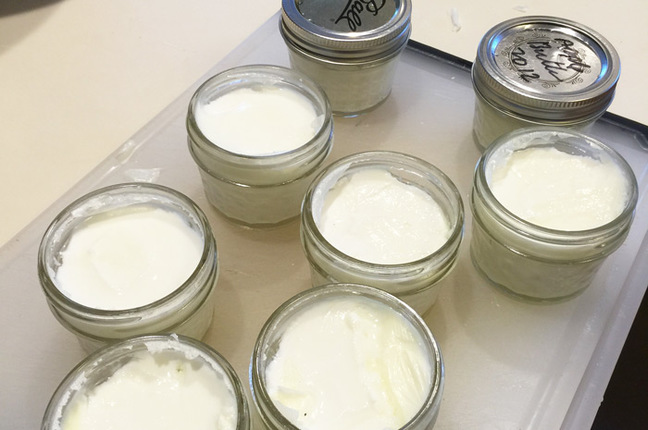 Impressive stuff, made even more impressive by the fact that the Jacob family cooked their pizzas like this: 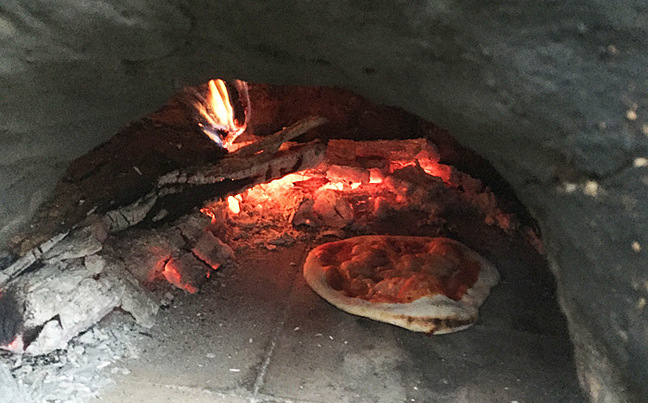 Quality work. Those of you who do not have to eat weed salad and fish stew this week can show your support for those who do by making a donation to the El Reg Quid-A-Day Nosh Posse right here. ®

*I previously reported that Richard has two daughters. Not so.

Reg reader will fork out up to £750, so prise open your wallets