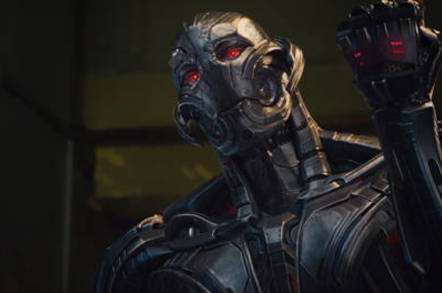 Film Review Marvel’s Avengers franchise is such a massive, behemoth of a marketing machine, such a merchandise-heavy, almost decade-long suction of talent, time and money that I want to hate it. I want to say, why don’t we spend all that money on independent films? Original stories? Something new, for God’s sake! But there’s just no denying the fact that nine films later (if one counts the standalone Iron Mans, Thors and Captain Americas) it’s still a whole lot of cinema fun.

Age of Ultron opens with a bang – a massive action scene, featuring some incredibly fromage-heavy slow-mo 3D that director Joss Whedon totally gets away with because it’s done with such an air of self-deprecation and appreciation for the inherent cheesiness of comics like The Avengers.

The scene takes place in Sokovia, one of those Eastern European-sounding countries Hollywood execs love to make up, and the Avengers are hot on the trail of Loki’s sceptre left behind after his last Earth adventure in Avengers Assemble.

Unfortunately, a Hydra minion has used the sceptre for some pretty questionable human and robotic experimentation, including the twins glimpsed in an Easter egg additional scene of an earlier film, Wanda and Pietro Maximoff, aka the Scarlet Witch (Elizabeth Olsen) and Quiksilver (Aaron Taylor-Johnson). These disenfranchised youths, with a burning hatred for Tony Stark courtesy of their country’s wars, have been “enhanced” by the sceptre with some pretty cool powers – super-speed for Quiksilver and mind control and telekinesis for Scarlet Witch.

The Avengers come out with the sceptre, but for a few dents from their new foes, and it isn’t long before Tony is wondering whether he should let Thor skip town with the power of the sceptre without having a good scientific look at that power for himself. But wouldn’t you know it? Probing alien technology with human technology isn’t a very good idea and what Stark ends up with is not a hero that can take the Avengers’ place guarding the planet, but a vicious, black-humoured AI determined to destroy the team and the whole of Earth while he’s at it.

If you haven’t caught James Spader’s performance as criminal mastermind Raymond Redington in TV’s The Blacklist, you really should. As Ultron, Spader turns in the same dulcet-toned mania, laced with black humour. Few villains are simultaneously so chilling and thrilling as Spader detailing his upcoming acts of heinous evil and unspeakable violence in the soft, soothing tones of a well-paid therapist.

The Avengers themselves show up with great performances and Whedon isn’t afraid to let the newcomers, who more than hold their own, get in a few decent hits in the ensuing fights. But as always, it’s the banter that carries these films. Whedon has been delivering top-notch in-fight banter since Buffy the Vampire Slayer and his reign continues with Age of Ultron. His comedy timing is perfect and he never lets the jokes detract from the serious moments, even if they happen right in the middle.

This is cinema entertainment in its purest, popcorn-fuelled form – big fights, big heroes and big fun. ®

Wordsmith gripes about 'another sh*t feature'

Updated This revolution will not be televised

The Voices: A horror-comedy that’s as schizophrenic as its protagonist

Is uBeam the new Theranos?