Hadoop ODP: No thanks says MapR, and Cloudera isn't impressed either

It benefits Hortonworks, not us 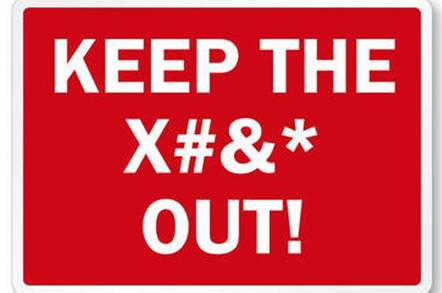 Hadoop disty MapR has kicked the Open Data Platform into touch, saying it only benefits competitor Hortonworks and provides a way for Pivotal to get out of a hole.

The ODP was set up in February, with the aim of Linux-ising Hadoop with a tested reference core for the software.

Cloudera, one of the three leading Hadoop distributors, refused to join, with its Chief Strategy Officer Mike Olson blogging: "Pivotal and Hortonworks claim that the ODP is driven by an industry-wide longing for standardisation in the Apache Hadoop ecosystem. I don’t believe them.”

“Cloudera’s partner ecosystem includes 1,447 companies at the time of this writing. We’re simply not hearing from them that they’re confused about building applications on core Hadoop,” he added.

Now MapR’s John Schroeder has joined him in an ODP blog assault, and noted that: “MapR was invited to participate in the Open Data Platform initiative and declined, after carefully considering the value to the marketplace.”

He added: “75 per cent of Hadoop implementations run on MapR and Cloudera.” So without them, the ODP is a dead duck [our polite words].

“The Open Data Platform is not open unless equal voting rights are provided to the leading Hadoop distributions," he added. "The Open Data Platform has not disclosed how governance is done, but it is a different model to the preferred and fair meritocracy used by the Apache Software Foundation."

Which, by the way, “has done a wonderful job governing Hadoop, resulting in the Hadoop standard in which applications are interoperable among Hadoop distributions”.

So who needs the ODP when neither vendor lock-in nor interoperability are an issue for companies implementing Hadoop applications?

There you have it. Both Cloudera and MapR say 'no thanks ODP'. And, implicitly, 'pants to Pivotal'. Were Pivotal to leave the ODP, then it would surely crumble into dust. As it is, the ODP looks like it has become an irrelevance. ®