Only one stiff allowed per service 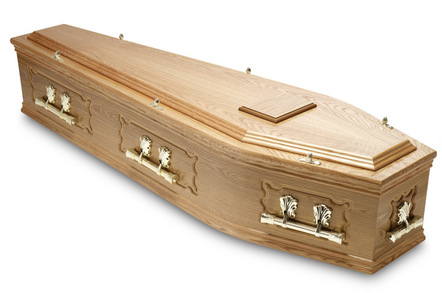 The Chinese Ministry of Culture has announced that the government will begin working with the police to clamp down on families hiring strippers for funerals in order to increase in size (dare we say 'arouse') mourner attendance figures.

In a statement on Thursday, the ministry stiffs said they would be paying close attention to obscene performances in the eastern province of Jiangsu, as well as in Handan, with the intention of shutting them down.

Pictures are circulating on Chinese social media, and increasingly western social media too, showing a dancer removing her bra for mourners, among whom, presumably, are the actual grieving families.

The person "responsible for the performers" was held in administrative custody for more than two weeks, and fined the equivalent of £7,550. The Chinese government has condemned the activities for "corrupting the social atmosphere".

A stripper in a funeral, Xingtai, Hebei, China. pic.twitter.com/y6iFLujqmh

The Wall Street Journal reports that the government has been trying to fight the funeral stripper phenomenon for almost ten years.

China Central Television, the acronym for which is the chortle-worthy CCTV, discovered a rich economy of funeral performance troupes flogging their wares all across the Donghai county.

"These troupes only care about money," claimed the CCTV report", adding as for "whether it's legal, or proper, or what effect it has on local customs, they don’t think much about [that]." ®