MEPs: Oi, Juncker! Hands off our science and research dosh 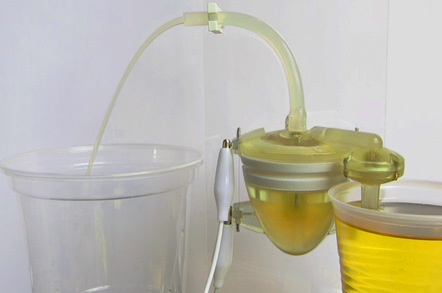 MEPs are pushing back against European Commission plans to slash science funding.

Commish president Jean-Claude Juncker wanted to remove €2.7 billion from the €80bn budget of Horizon 2020, but according to science groups including the European Association for Chemical and Molecular Sciences, the League of European Research Universities, and Science Europe, the cuts would disproportionately harm research and innovation.

Juncker's grand idea was to quietly rob Peter to pay Paul, in this case taking from the European Institute of Innovation and Technology (EIT) and the European Research Council (ERC), to finance the European Fund for Strategic Investments (EFSI).

However, the European Parliament’s committees on Industry, Energy and Research (ITRE), Budget (BUDG) and Economic and Monetary Affairs (ECON) voted against a raid on the Horizon 2020 budget.

MEPs did not veto the EFSI plan but stated that in order to protect EU budget investments earmarked for research "the Commission should find alternative resources to finance the guarantee fund. The fund should be gradually filled via the annual budgetary procedure until it reaches €8 billion by 2022”.

"We believe that EFSI is a good plan for Europe, but that it was based on a flawed funding proposal that would have affected Europe’s research capacity and undermined the very innovation potential it is trying to revive," said Science Europe director Amanda Crowfoot.

Negotiations with EU member states will begin later this month, to reach a final agreement on which the European Parliament as a whole will vote in June.

Projects funded by the Horizon 2020 scheme to date range from developing graphene to replacing iridium in magnetic storage devices, as well as areas such as aerostructures manufacturing, bio-sensors and supercapacitors. ®