IEEE chaps propose QoS for SDN across the public internet 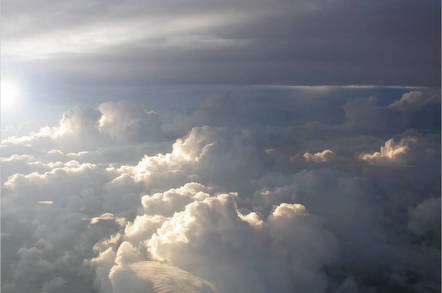 Software-defined networking (SDN) is fine in the data centre, but rubbish across multi-domain WANs, something a group of IEEE engineers wants to solve.

Their proposal, on Arxiv, is to copy the cloud notions of abstraction and orchestration into Internet connections.

Sucking nourishment out of the academic prose, the IEEE authors (Qiang Duan, Chonggang Wang and Xiaolin Li) reckon the world of SDN needs a way to allocate end-to-end resources to user applications.

That's because in a data centre, harried sysadmin are at least wrangling apps, network controllers, switches and routers in a single domain. Trying to stretch that control over the Internet is a different beast, meaning “detailed information of network states may not be directly visible to applications”.

Current SDN technologies don't offer a service delivery platform (SDP), and just as vexing, the variety of SDN controllers out there (both open and proprietary) don't have any interoperability standard.

The key component of the solution, they reckon, is a network-as-a-service (NaaS) for abstraction and orchestration, and the paper puts forward both an abstraction model and a resource allocation scheme.

The point of NaaS is to turn network services into abstracts which, like compute resources in a cloud, can be discovered, selected and accessed by users, with orchestration providing provisioning, the paper states.

However, they write, the ubiquitous Border Gateway Protocol (BGP) that routes packets around the Internet isn't up to the task: “the hop-by-hop nature of BGP makes routing among domains in a decentralised manner without knowledge of end-to-end routes, which may not be able to achieve a global optimal path for end-to-end QoS provisioning”.

Instead of assuming uniformity or interoperability across the Internet, the paper suggests that by taking the cloud's example of abstracting network services so that a controller can look for the service that suits the application on an on-demand basis.

“Standard Web Service interfaces between service consumers and a service broker can be applied to realize the service interface between the SDP and the upper layer user applications,” the paper notes.

The NaaS model is simple, however: it only needs the orchestration layer to understand the “virtual connections provided by the network service among the border nodes of the domain, and capacity of data transportation on each virtual connection”.

With the right handling of the network profiles, the authors reckon, the SDP can handle QoS provisioning “using a small set of parameters,” reducing communication overheads between domain controllers and the SDP … thus improving system scalability”.

With the right architecture and implementation, the paper states, the model “not only simplifies service and resource management in SDN but also enhances bandwidth utilisation for end-to-end QoS provisioning”. ®

IEEE says it may have gone about things the wrong Huawei, lifts ban after US govt clearance

IEEE tells contributors with links to Chinese corp: Don't let the door hit you on Huawei out