Wi-Fi, a little Sprint, and a little T-Mobile 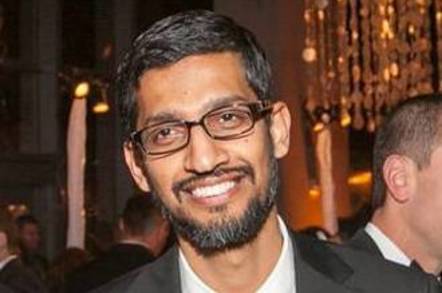 Google could uncloak plans for a mobile network in the US today, possibly running on two networks, the Wall Street Journal is reporting.

While a lot of the brouhaha over the plans – which were referenced in a presentation at Mobile World Congress in March – has been over the cost of data, perhaps the most interesting aspect is the rumoured ability to work on the networks of both T-Mobile and Sprint.

It could be a simple SIM issued from one of the two networks with a roaming agreement, although the most likely mechanism for this is a dual-IMSI SIM. This would give access to both networks, but it would not switch on the basis of the strongest signal.

It would only leave one network when there was no signal at all, so you could be on T-Mobile with a very faint trace of a GSM signal in an area where Sprint has full-fat LTE, and you’d be struggling with GPS.

The SIM would effectively have two numbers, a private one and a public one. It would be possible for Google to have its own number range for the public numbers, but that opens up a can of worms with routing texts and making numbers in-bundle when calling from another network.

Instead, it’s likely that the numbers will come from one or other of the host networks and roam on to the non-issuing network, with Google defining “home” and “roamed” for the purpose of the number, so that the number would move across to the roamed network’s Home Location Register.

This would ensure that when someone called the number, the phone could be reached.

A similar system could then be used for Google to provide a Wi-Fi voice service independently of the two host networks, by linking into other Wi-Fi networks.

More than ten years ago, Disney planned something similar using a Sprint MVNO with Wi-Fi covering its theme parks. Both Disney and the similar ESPN-branded MVNOs failed.

The service is expected to only be available with a Google Nexus 6 and this may reflect it having software which will handle the section between available networks.

A long-standing problem for MVNOs is that they are tied to the issuing network by both the SIMs and the number ranges. Access to two networks and Wi-Fi would give Google the upper hand in price negotiation.

Google would have the ability to play off the two suppliers against each other, a very different situation to being beholden to one supplier with which it was also competing.

The Wall Street Journal (paywall) believes Google will seek to shake up the mobile data market and drive down prices. It will pass this on to consumers with a pricing model where they pay for the data used, rather than an allowance which disappears at the end of the month, a system known as “breakage”.

The paper claims that the decision to let Google into the Sprint network went all the way to the top, with Chairman Masayoshi Son and former Chief Executive Dan Hesse being consulted.

The Google wireless “Project Fi” is believed to have been in the works for a couple of years – at Mobile World Congress, Google's Sundar Pichai (pictured) said this was a toe in the water, which is believed to have placated Sprint – but that the ultimate aim was to be deeply disruptive in the way that Google Fiber has been. ®