Google versus the EU: Sigh. You can't exploit a contestable monopoly

As the Chinese found out with those pesky rare earths 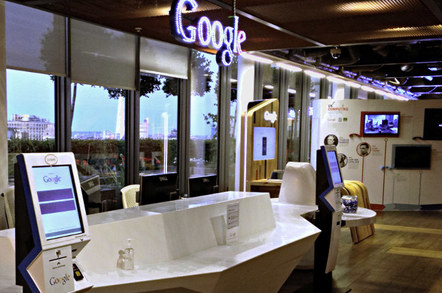 Worstall on Wednesday So, the EU Commission is going to call Google in and give it a really hard talking to for offering what Google's users rather like to have. And if they decide that, well, Google has been giving the consumers what the consumers desire, good and hard, then they're going to fine the Chocolate Factory up to 10 per cent of global turnover. Which all just seems so fair, doesn't it?

Of course, we know what's going on here. That unholy alliance called Fairsearch has been whining that it's losing in the marketplace so won't someone, somewhere, please do something?

As there's also any number of economic protectionists around, those insisting that Europeans really ought to have a chance to build a company that buys them several private full-sized passenger jets, so we've the conflation of political interests that will see the Septics reamed.

And the problem here is not just the politics: it's that the economics is all wrong too. For the basic truth about monopolies and dominant market positions is that if they're contestable then they can't be exploited.

For, the moment you do try to exploit such a position you end up finding the position being contested.

We've had this in El Reg passim as I've explained the Chinese rare earth corner. China produced 90 per cent of the world's rare earths, they noted this and decided to stick the price up by restricting supply. Oooh! Lovely! Monopoly profits!

I said that "so what", give it a couple of years and there will be other suppliers. For rare earths aren't rare (nor earths) and there's plenty of other places we can dig them out of the ground. Fast forward a few years and two suppliers did get financed, they now produce more, outside China, than total non-Chinese demand and prices are lower than when the Chinese tried to exploit that monopoly.

Contestable monopolies cannot be exploited because to do so brings forward that contesting.

You were also treated to the dubious pleasure of the mental image of me doing the middle-aged-white-man-dance in victory as I explained this.

So, what have we got here with Google? Well, there's this obvious point being made by Matt Levine:

I guess I'm just not very sophisticated at antitrust but I don't really get this objection to Google's search dominance:

The European Commission sent a “Statement of Objections” to Google that alleges the company unfairly favors its own comparison shopping service above rivals.

Next page: A better alternative
Page:
Tips and corrections
155 Comments