Your city's not smart if it's vulnerable, says hacker 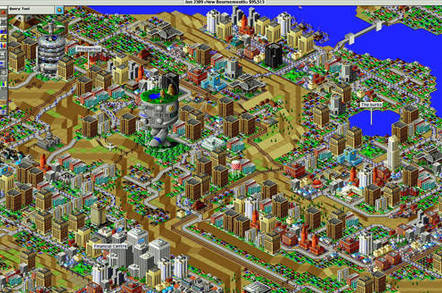 "Real world hacker" Cesar Cerrudo has blasted vendors, saying they're stopping security researchers from testing smart city systems, and as a result they're being sold with dangerous unchecked vulnerabilities.

The warning will be detailed at RSA San Francisco this week, and comes a year after the IOActive chief technology officer found some 200,000 vulnerable traffic control sensors active in cities like Washington DC, London, and Melbourne.

Vendors don't want their kit tested, Cerrudo said, although there are now 25 major cities across the world taking the lead in deployment, such as New York, Berlin, and Sydney.

In An Emerging US (and World) Threat: Cities Wide Open to Cyber Attacks (pdf), the hacker warns that attack surfaces in smart city technology are plentiful given its complexity and integration with legacy systems, and says the woeful security shortfalls with internet-of-things devices are creeping into city tech.

“In our research at IOActive Labs, we constantly find very vulnerable technology being used … for critical infrastructure without any security testing,” Cerrudo says.

“Technology vendors impede security research: New systems and devices used by smart cities are difficult to acquire by the security research community - most are expensive and are usually only sold to governments or specific companies, making it difficult for systems to be rigorously tested."

He added that “a simple problem can have a large impact due to interdependencies and associated chain reactions [which] highlights the need for threat modelling.”

Cerrudo calls out vendors for flogging products with obscure, undocumented security features “only described in a sales pitch” if they exist at all.

Many vendors in this space have “little or no experience” with security, lack skilled boffins, and do not invest in hardening systems.

“For instance, many vendors don’t object to giving full privileged access to a device or system to anyone who is on a local network, because they think of the internal network as safe. However, if an attacker accesses the network, he can easily fully compromise available devices and systems,” Cerrudo says.

Computer Emergency Response Teams are also lacking, being either consciously absent or failing to disseminate security information disclosures to those who need it, Cerrudo adds.

And of course patch management is a nightmare, he says.

Cerrudo points to figures suggesting the smart cities market could be worth between hundreds of billions of dollars and US$1 trillion by 2020, highlighting a current US$70 billion investment by Saudi Arabia and US$7.4 billion by South Africa. ®