Thought your dept was on budget this year? THINK AGAIN, matey 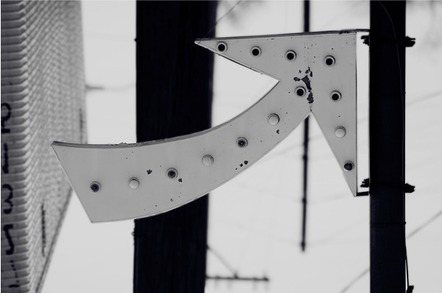 Tech buyers will likely need to revisit budget forecasts at the month's end with another price hike on commodity hardware to be pushed through by vendors in response to the relative appreciation of the dollar.

Since last summer the US currency is up 15 per cent against the UK Pound (the impact on the Euro is even more pronounced), and multiple sources tell us of a mid-single digit mark up looming locally.

“It will be reasonably wide-spread across the vendor community,” said a senior source at one large distributor, who asked to remain anonymous.

The swing between US and Brit currencies happened pre-Christmas but buying contracts and currency hedging delayed, to an extent, the immediate impact of the exchange rate swing.

UK prices were cranked up in late January by on average six per cent, and with the next digit climb, makers of PCs and other boxes with margins of 20 to 30 per cent will claw back more lost profit.

HP rolled out the same comment it gave us some months back when raising the cost of goods:

“HP, like any other international company, adjusts prices based on exchange rates and currency fluctuations; adjustments in pricing are always communicated to our partners and customers."

The comment from a Dell spokeswoman also gave us a sense of deja vu:

“As always, we will continue to discuss any price fluctuations in advance with our customers and partners to ensure complete transparency”.

A PR man at Taiwanese firm Acer, said it buys components in US dollars and revealed the hardening of the currency was “putting pressure on our pricing” in EMEA.

“We are in some cases rising prices in line with the US dollar rate exchange,” he added.

Lenovo did not respond, neither did EMC, IBM, Avaya or Juniper and Cisco refused to comment on pricing or currency. However, the channel sellers in the supply chain are braced for change.

“The likelihood of price rises is inevitable given the strength of the dollar,” said Computacenter chief Mike Norris.

“This will not be good for anyone but at least this is one where customers, vendors and channel partners are all in it together,” he added.

The currency movement is impacting the “top and bottom line performance for all the major vendors that SCC work with”, said CEO James Rigby.

“Clearly the global players hedge their currency requirements, but once the impact is protracted as it has been and seems likely to be, then price increases will be the outcome”.

Some vendors have increased prices on multiple times since Q4, said Alastair Edwards, principal analyst at Canalys, and “on the whole, the biggest threat to the channel is a slowdown in demand, as customers postpone spending or reduce their investment plans”.

There is also the “administrative challenge” of partners keeping hold of stock, he added, “we see a growing trend towards weekly pricing for enterprise products, for example”.

The biggest hit to profitability will come from customers that negotiated fixed prices over a contracted period, and whose discounts may actually increase as prices go up.

“This is often the case for larger enterprises, and vendors will have to carry some of this burden, but resellers are likely to feel some of this too,” said Edwards.

In the year to date, Gartner reforcast sales estimates twice on the back of the currency issue, warning that price rises on every product with a dollar-based component are inevitable. ®

We for one, welcome your advances – investors