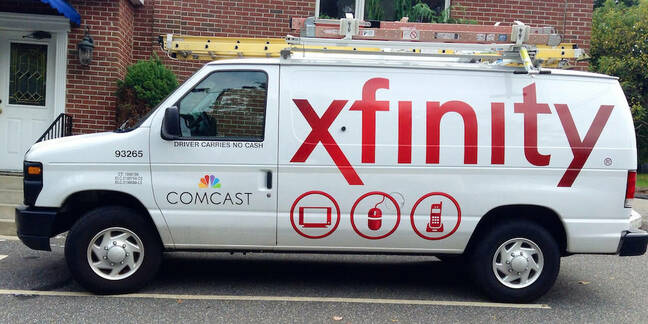 To Xfinity and beyond ... Photo by Mike Mozart

The proposed merger of Comcast and Time Warner Cable (TWC) is on the rocks, it appears.

Sources close to the two companies have told The Wall Street Journal that the US Department of Justice and the FCC are not happy with the proposed business gobble, and both want to hold face-to-face talks to discuss the ins and outs of the plan.

On Wednesday, executives from Comcast and TWC will meet officials from the Justice Department's antitrust division, and the US broadband regulator. The FCC is considering holding a formal hearing into the proposed $45bn monster merger. This does not bode well for Comcast and TWC: FCC hearings have a history of killing deals.

Comcast and TWC are the two biggest cable providers in America, and the former really wants this biz gobble to happen: it offered to hand over 3.9 million subscribers to its rivals to sweeten the deal for the FCC's approval.

But Comcast's competitors aren't interested in the gift, and have objected to the merger on the grounds that it will create a overly powerful monopoly within the US. The FCC seems to be listening, having previously put the acquisition on hold while it looks over the paperwork. ®