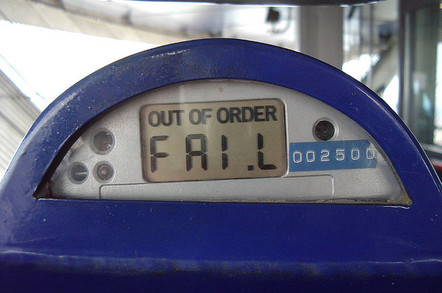 On April 1st Google had a bit of fun by using the com.google domain to display all content backwards, but the folks at Netcraft think that jape backfired by introducing security vulnerabilities to the search engine.

Netcraft's security folks say the joke “... inadvertently undermined an important security feature on Google's real homepage, which made it vulnerable to user interface redressing attacks such as click-jacking.”

Netcraft says the problem arose because of the following arrangements:

“The issue stemmed from the way com.google used an iframe to display backwards content from google.com. This would not normally be possible, as google.com uses the X-Frame-Options HTTP response header to prevent other websites from displaying itself within an iframe. But for the purpose of the April Fool's joke, Google stepped around this problem by passing the parameter "igu=2" to google.com, which not only told it to display the content backwards, but also instructed the server to omit the X-Frame-Options header entirely.”

That omission meant “A remote attacker could also have leveraged this "feature" to display the Google Search Settings page in an iframe on an external domain, and trick his victims into unwittingly changing those settings.”

That's a worry because Google search settings include the ability to turn Safe Search on or off, or set location. And that's on top of the click-jacking potential, which could see users directed to false web pages. Which is just the kind of thing malware-makers love to do.

Netcraft says it told Google about the problem and the Chocolate Factory fixed it and has promised not to be so silly again.