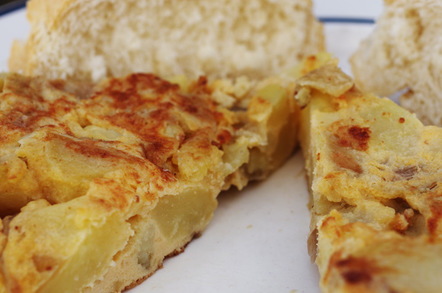 As regular readers know, the Special Projects Bureau's headquarters is a mountaintop redoubt in a sleepy corner of rural Spain, so it was inevitable that we'd eventually turn our wobbly dining attention to the legendary "tortilla de patatas" (potato omelette).

This no-frills classic – comprising just eggs, spuds and onion – is not to be confused with what the Brits call a "Spanish omelette", which is actually a bog-standard folded omelette with extra bits such as chopped peppers, cheese, chives, etc, thrown in for good measure.

Indeed, so no-frills is the tortilla de patatas that there's controversy as to whether it should even include onion. Whatever way you prepare it, though, it's truly fantastic post-pub nosh, suitable for knocking up before you go on the lash and subsequently eating straight out of the fridge, or reheating in the microwave, depending on just how wobbly you're feeling.

We prepared two omelettes with onion, and according to rival opinions as to how the potatoes should be chopped. One school of thought insists they should be thinly sliced, another favouring a diced spud. No doubt in both cases we'll have Spanish grannies waving spatulas at us and tut-tutting, while the no-onion camp shakes its head in despair.

If you too are prepared to risk the disdain of local experts, then venture forth and acquire ... 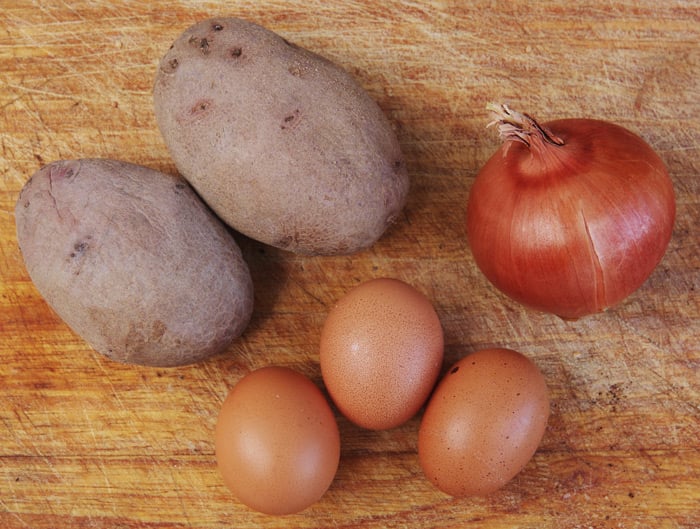 You'll also need plenty of olive oil, and might like to add a pinch of salt, according to taste. Our experience is that the Spanish have the world's highest per capita consumption of sodium chloride, and we're still recovering from the sight of one chap at a recent barbecue converting a perfectly plausible salad into a bowl of green death by throwing in an entire fistful of coarse sea salt.

Handily, he had a whole bucket of the stuff on hand, so the meat element of the feast didn't suffer from an unforgivable lack of salt in generous quantities. In the week following the event, the local chemist reported a 300 per cent leap in sales of blood pressure tablets.

But we digress. Deploy a non-stick pan and proceed as follows: 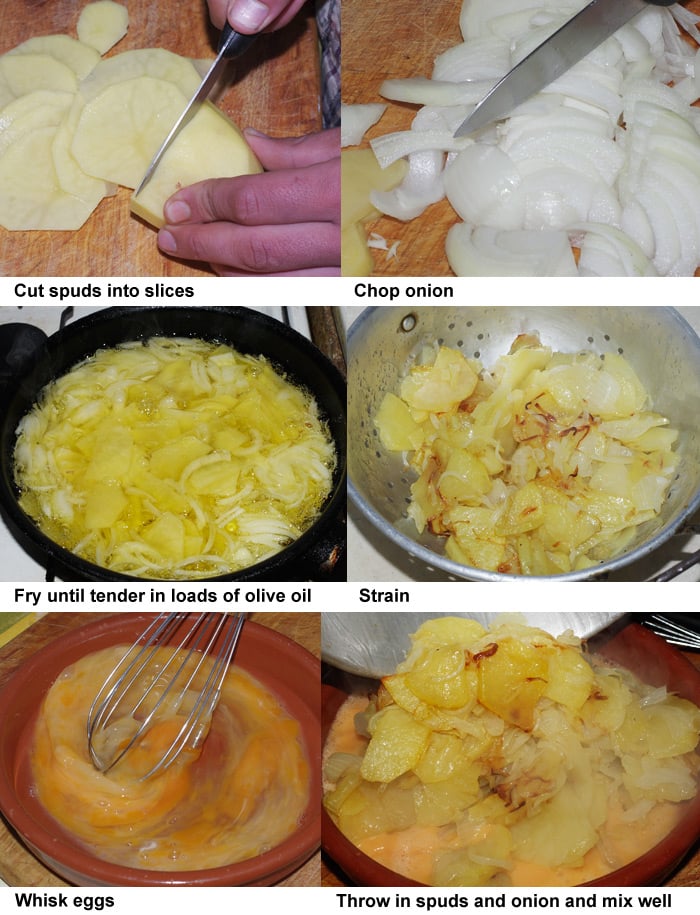 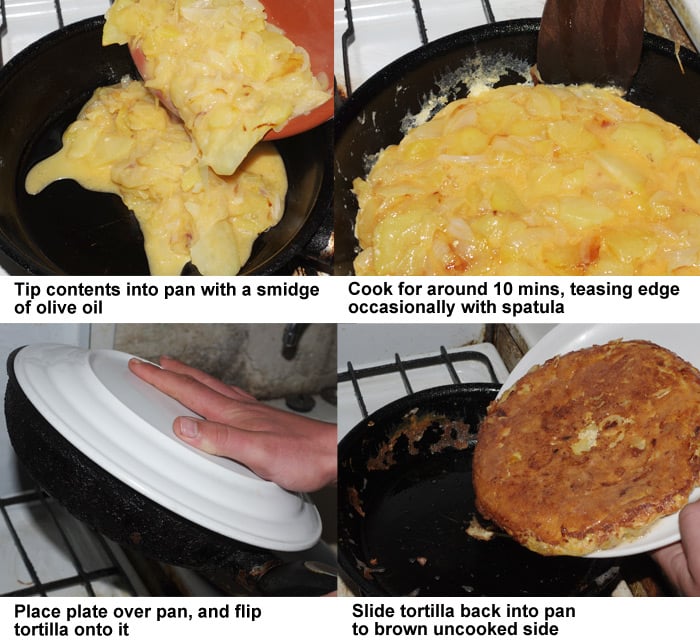 Next page: It's all in the flippin' timing
Page:
Tips and corrections
74 Comments