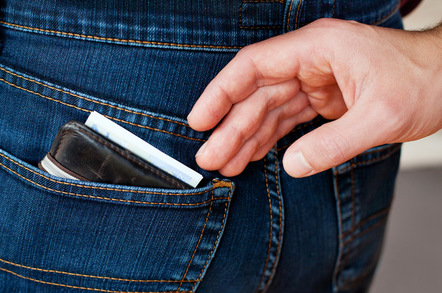 Following the Council of the European Union's decision of 12 February, the UK has, as of this week, been given full access to SIS II, which the EU says is "a key tool for national authorities to cooperate to fight terrorism and serious organised crime."

The initial Schengen Information System was created after the disruption to EU states' border agencies caused by the 1985 Schengen Agreement, which weren't recognised until the 1990 Schengen Convention, which implemented and created a multinational database for the use of immigration, border control, judicial, and police agencies.

SIS II is a development on that original system which provides additional technical features, particularly “biometric data”, which the EU says is “data directly concerning the physical characteristics of individuals, such as photographs, fingerprints, DNA profiles or retina scans."

As noted in a House of Lords EU Committee report of 2007 [PDF] on SIS II, the creation of the original SIS was a product of one of the main aims of the Treaty of Rome: "The abolition, as between Member States, of obstacles to the free movement of goods, persons, services and capital."

The report further notes that "chief among such obstacles was, of course, the checks imposed at the borders between the States."

This reduction – indeed, near elimination – of land border checks between EU states allowed people to enter or leave continental countries without the authorities' knowledge.

The UK has hitherto not been extended access to the SIS II as it is not part of the Schengen free movement area. However, as of April 13 it is now allowed to use the SIS within the context of police and judicial cooperation, though not in relation to external border policy.

The Register understands that the system has been growing massively, although regulations regarding its use are unclear.

Alerts are broadcast across Europe regarding wanted people and objects, such as stolen cars. More than 98 per cent of alerts currently relate to (mostly stolen) objects.

An alert will not only contain information about a particular person or object but also clear instructions on what to do when the person or object has been found. Specialised national SIRENE Bureaus serve as single points of contact for any supplementary information exchange and coordination of activities related to SIS alerts.

In 2013, the system was accessed more than 1.2 billion times; in 2014 that number jumped to almost two billion. Those involved claim its success rate is real and measurable: in 2014 more than 134,000 hits (a positive match against an alert issued by another EU member state) were achieved. We were offered the following statistics:

The SIS II provides direct international access between the databases of "competent" authorities to query freely. The list of national authorities, in 25 EU member states and 4 associated countries, who have access to the SIS is published annually [PDF].

The Register has not been able to get an explicit statement regarding whether foreign authorities have been extended access to the UK's controversial Police National Database, which has been criticised by Britain's Biometrics Commissioner as requiring far more external, independent oversight than it currently has. ®

The Bulgarian military police have a right to read your data from the SIS II database, as well as issuing alerts for objects as detailed above.

This stands in contrast to Article 38(2)e, which allows them to issue alerts for “issued identity papers such as passports, identity cards, driving licenses, residence permits and travel documents which have been stolen, misappropriated, lost or invalidated” (our bold), or Article 38(2)h, which creates a similar power, complete with the “stolen, misappropriated [etc]” safeguard, for credit cards, cheques, stocks, shares and securities.

Clearly the authors of that EU Council diktat wanted numbered banknotes to be able to be seized at the discretion of the “competent authorities” without further checks or balances on their power to do so. So think Vulture Central's backroom gremlins, anyway.

Half a million PCs can access Schengen's 'secure' database

Brexit: UK will be disconnected from EU databases after 2020

Commission will 'endeavour' to make an adequacy decision during transition period

It would totally help, EU told, if data we held on migrants was accurate

Agency warns of impact duff info has on fundamental rights

It's not. ♫ It's beginning to sound a lot like Brexit ♪

EU: No encryption backdoors but, eh, let's help each other crack that crypto, oui? Ja?

You scratch my PKCS, and I'll scratch yours