Are YOU The One? Become a guru of your chosen sysadmin path

Deeper than training, knowing yourself 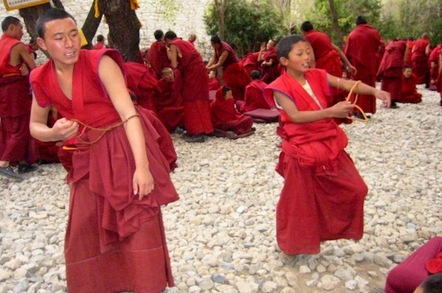 Come, youngster, learn the ways of the Ancient Ones

Systems administrators are system administrators, right? Not really. Once upon a time systems admins were jack of all trades and (perhaps) master of them all. Most of the IT-related functions were performed by an administrator and if some new technology came along they adapted and learnt the new package or system.

However, as IT has evolved and become much more complex, a lot of administrators have tended to become more specialised in specific areas. In big organisations one can make a career out of a single product, other than Oracle or Microsoft.

This contrasts starkly with the smaller businesses who still have one, or – if they are lucky – two administrators that support the entire infrastructure, from the plug of the photocopier through to the mail system or that nasty application that is mission-critical but that nobody dares touch. The outlooks between the two groups are very different as well; rarely do admins move between large and small environments.

Companies are aware of the difference in culture and outlook. When hiring, larger companies tend to recruit their new staff from existing pools of talent, often specifically from companies in the same industry sectors. The oil and gas and financial services industries especially tend to be very keen on plucking existing industry talent.

It is much cheaper doing it that way, rather than having to train them up and potentially certify them so that they achieve not only the correct level of industry recognition but also security clearance. Amongst bigger companies there is also a greater degree of specialisation. Network people don’t touch the software and vice versa.

There is also a fundamental mental change in how things happen. Moving to a larger company means without a doubt your new job will have a much narrower remit. If you move from a small company where you are essentially master of all the IT into a Wintel sysadmin team for example, you probably won’t get to administer or touch anything else other than Windows – or, if you do, not in any significant way.

It is a different team that manages the application and a different team again that deals with the Active Directory. Ditto the storage and network. Essentially moving into enterprise admin forces you to specialise. That Cisco network certification you have, you probably won’t get too use it much. It is a massive change to how SMBs work.

The other, perhaps obvious issue is that the environments tend to be much more complex. It becomes a world of TLAs (Three Letter Acronyms) and the paperwork required becomes oppressive.

For anyone considering the move up, it is a major change in the way infrastructure is managed. No longer can you just rock up to a machine, ensure the backup is good and then replace a disk. In a highly managed and audited environment it becomes a drawn out process of:

1. Ask the local operators to verify the failure

2. Once verified, raise a call to get a new disk. Create and submit a change request

3. Get approval from business owners

4. Represent at Change Management and then get the local guys to replace the disk

5. Then verify and close the change. Changes also need to be raised from incidents

The reason I am writing this?

When I moved from a relatively small business into both larger businesses and government IT I was shocked at the sheer volume of red tape that came with what seems to be the simplest tasks.

I have written about training and skills before but even more fundamental than those is the question of personality. Are you the type of person who really wants to move on and – especially in this case – move up?

You have to be a certain type of person to be able to stand the speed at which things happen. It can take weeks or months to implement solutions due to the auditing, processes and approvals that need multiple teams interacting with each other. Even decommissions can take several weeks from start to finish. Anything outside the norm pushes the implementation time even further out.

Moreover, IT systems have fundamentally changed in recent years; that pace of change will only continue to accelerate and it will do so at break-neck speeds while it matures into a “grown up” business. IT has moved out of the broom cupboard into multi-million dollar data centres.

Adapting is a learning process. Each administrator who walks this road will find that their way of thinking fundamentally shifts. Also, as the complexity builds, so does the specialisation. No administrator can really cover the depth. Making the leap and then keeping up is the challenge – and the opportunity. ®