DRONE ALONE: US Navy secretary gives up on manned fighters

But 3D-printed aircraft made at sea look interesting, especially bureaucrat-killers 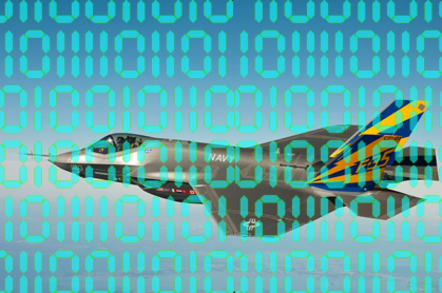 The secretary of the US Navy has said the F-35 Lightning II, the product of the Joint Strike Fighter program, “should be, and almost certainly will be, the last manned strike fighter aircraft the Department of the Navy will ever buy or fly.”

Speaking at the Sea-Air-Space 2015 conference on Wednesday, secretary Ray Mabus said (and blogged) he will “appoint a new Deputy Assistant Secretary of the Navy for Unmanned Systems” and “a new office for unmanned in the N-9, the N-Code for Warfare Systems, so that all aspects of unmanned – in all domains – over, on and under the sea and coming from the sea to operate on land – will be coordinated and championed.”

The thinking behind the drone love is simple: Mabus said “with unmanned technology, removing a human from the machine can open up room to experiment with more risk, improve systems faster and get them to the fleet quicker.”

The US Navy's already giving some of this stuff a try. Mabus said the Close-In Autonomous Disposable Aircraft (CICADA) “can be made with a 3D printer, and is a GPS guided disposable unmanned aerial vehicle that can be deployed in large numbers to 'seed' an area with miniature electronic payloads, such as communication nodes or sensors.” The US Navy has already used 3D printers on board ships to create working aircraft. Mabus wants more of the same, hence the re-org.

Lurking in the background of Mabus remarks is the F-35's overdue, over-budget status, which Mabus came close to criticising by saying “Too many new assets are mired in outdated bureaucratic practices that were developed for another era. As we enter the age of cyber, unmanned systems and advanced manufacturing, we cannot allow these overly complex, form-over-substance, often useless, and too often harmful, practices to slow or prevent development of some game changers, while simultaneously giving our potential adversaries the competitive advantage.”

“We have bound ourselves with rules and requirements that have nothing to do with the ultimate outcome of getting something to the warfighter and everything with protecting bureaucratic fiefdoms.” ®