Just what world is HP's Helion group in, anyway? 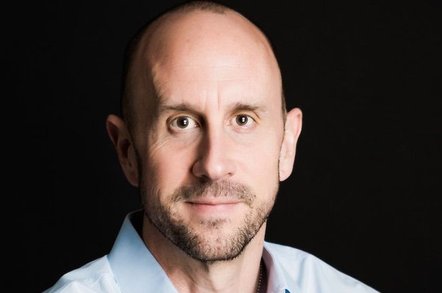 Analysis HP doesn't plan to abandon its public cloud business after all, a top company exec has said, but that still doesn't mean it intends to go head to head with the likes of Amazon Web Services, Google, and Microsoft.

Last week, HP cloud honcho Bill Hilf put his foot in it when he said in an interview with The New York Times that going up against the public cloud heavyweights "makes no sense" for the Palo Alto PC powerhouse, and that HP would focus on building private and hybrid clouds for customers.

Many took Hilf's comments to mean that HP plans to wind down its public cloud business. But in a blog post this week, Hilf poured on the spin control, saying this simply isn't the case.

"HP operates one of the largest OpenStack-based public clouds," with the Helion Public Cloud offering, Hilf said. It's an achievement the company often trumpets, yet a dubious one, considering that none of the top three public clouds is based on OpenStack. Yet maintaining such a large OpenStack deployment helps HP test its technologies and develop expertise in helping its customers set up and run their own, private OpenStack clouds, Hilf said.

"Our Public Cloud Services are also used by customers that require them as a component of their overall cloud and hybrid delivery strategy," he added. And then again, some customers don't use them; Hilf said some prefer to build hybrid clouds that combine HP cloud tech in their own data centers with some other vendor's public cloud infrastructure.

"We believe the ability to support and integrate different public cloud environments and services is an essential part of hybrid delivery for the enterprise," he explained.

None of this should actually come as much of a shock to anyone who has been following HP's cloud strategy over the years. In Gartner's Magic Quadrant report on cloud IaaS providers published last year, for example, the analyst outfit said of HP:

Although HP has invested significant engineering resources into its Public Cloud over a multiyear period, the service, which entered general availability in December 2012, still has a nascent feature set, and important capabilities remain in a lengthy beta period. HP is focused on hybrid cloud, including private cloud enablement and cloud-enabled managed services, and its cloud IaaS business is simply a component of that overall strategy, not a business that HP is aggressively pursuing on a stand-alone basis.

In other words, HP's messaging around its cloud offerings has remained more or less consistent. Rather than building out massive data centers and throwing them open to world+dog, HP prefers to "do cloud" in a way that's closer to its comfort zone: by selling enterprise the servers and systems to run private and hybrid clouds on, plus some software and service to keep them ticking.

The question that HP's Helion group needs to do a better job of answering for its customers, though, is just what it's selling this week.

In his blog post, Hilf rattled off various technologies that HP has under its cloudy belt. In addition to OpenStack, he pointed out HP's investment in Cloud Foundry and the work HP is doing with Docker and Kubernetes.

Meanwhile, what HP is now calling its "Helion portfolio" comprises multiple cloud technologies, including both open source and its own, proprietary tech. Last year HP even bought Eucalyptus, an AWS-friendly OpenStack competitor that it doesn't quite seem to know what to do with.

It doesn't help that HP has been playing a game of musical chairs with the Helion division's leadership. First HP chief technology officer Martin Fink was in charge. Then CEO Meg Whitman replaced Fink with former Eucalyptus CEO Mårten Mickos. Next Mickos stepped down for a vague "customer engagement and advocacy" role, and now Hilf is running the show.

None of this inspires much confidence that HP is capable of putting forth a singular, cohesive vision of how its customers should approach cloud computing. It just knows that its customers are asking about cloud, so it wants to be the one to sell it to them.

"We are not doing pure public cloud only," Hilf said in Monday's blog post. "We are not changing our strategy."

It's just a shame that nobody – either inside HP or outside it – seems to be able to articulate just what that strategy really is and how HP plans to execute it. ®