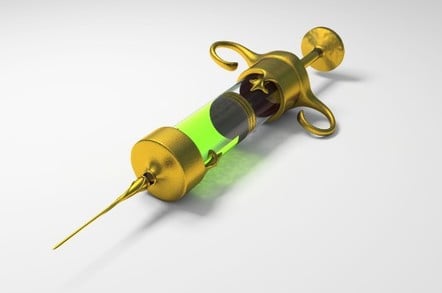 Jouko Pynnönen, a security chap with Finnish firm Klikki Oy, has found a since patched bug he says could affect a billion Apple iDevices.

"An attacker could create web content which, when viewed by a target user, bypasses some of the normal cross-domain restrictions to access or modify HTTP cookies belonging to any website," Pynnönen says in an advisory.

"All tested Safari versions on iOS, OS X, and Windows were vulnerable. The number of affected devices may be of the order of one billion."

Links in the form of 'ftp://user:password@host/path' are problematic when the user or password fields include encoded special characters. Attackers can manipulate the URL to cause documents to be loaded from their sites.

to show that while patched browsers would pull a document from Apple, vulnerable versions decode

The attack, which requires JavaScript, could be pulled off using iFrames embedded into benign web pages, he says.

The vulnerability (CVE-2015-1126) is patched with better URL decoding for Webkit credential handling.