More data than stars in the sky, claims starry-eyed CTO 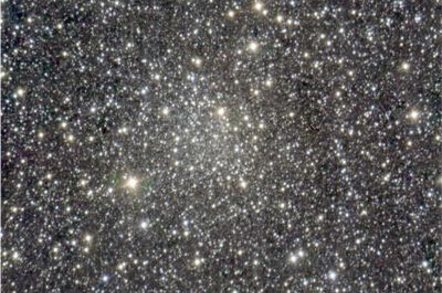 AWS Summit Amazon’s Redshift data warehouse is the fastest-growing service in AWS’s nine-year history, according to Amazon.com chief technology officer Werner Vogels, who told the AWS Summit in London that the old metric of measuring AWS size by raw objects is now outdated.

Vogels told the event: “One of the services that’s been on fire is Redshift – it’s the fastest-growing service in AWS, ever.”

Having the power to scale between one and thousands of nodes at their fingertips “really hit something that enterprise and business need at this moment”, Vogels said during his morning keynote, though he didn’t say by how much Redshift was growing.

Vogels continued that the metric of changing the scale of the amount of data in AWS has changed. Until now, the industry got hot under the collar on objects stored in the company's Simple Storage Service (S3). At the last count, that was somewhere north of two trillion. Vogels claimed such numbers are now meaningless: “Nobody cares anymore. It’s like stars, it’s just a very large number,” he said.

The new normal is data transfer in and out of S3, which he reckoned was “a very good indicator of how people are using it”. That rate grew 102 per cent, year-on-year in the fourth quarter of 2014.

Again, he didn’t provide actual stats, but reckoned on more than one million active EC2 customers – "active" being defined as an account used within the last 30 days and not an Amazon.com account.

Otherwise, Vogels sought to use his audience as a means to promote Amazon and cloud as their IT service provider by trying to empathise with the plight of IT types caught trying to manage the traditional supplier relationship.

That involved trying to anticipate server capacity and getting caught out by either under or over-estimating demand, to the displeasure of customers or the CFO. Also, of being abandoned by your IT sales people after a long evaluation process and being left with a maintenance contract for cold comfort.

According to Vogels, everything is different at the Hotel AWS: the customer is in charge and you can check out any time you want. ®