Okay, Google, so we're too lazy to tap passwords? 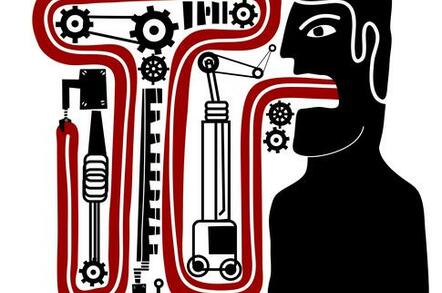 Google is deploying what it calls Trusted Voice to allow Android users to unlock phones using their voice, according to reports.

The feature is filed under the Choc Factory's Smart Unlock feature which sports easier unlock mechanisms like Trusted devices, places, and faces.

Once activated, it would allow punters to unlock their phones using the Ok Google vocal search trigger, Android Police reports.

That trigger allows users to commence a hands-free Google search by saying 'Ok Google' when a phone is locked or unlocked.

Web searches can already be conducted from the lock screen when Ok Google Everywhere is activated. That feature is now extended to unlock the device.

The former instance increases the security risks since voice imitation may be simpler in some cases than guessing passwords and other manual unlock gestures.

Google warns as much. "Trusted voice is less secure than a pattern, PIN, or password. Someone with a similar voice or a recording of your voice could unlock your device". Recording a target saying 'Ok Google' might not be an easy task, however.

The Choc Factory will in typical fashion roll out the feature to Android Lollipop devices in some seemingly random yet unspoken method.

This Antipodean author does not have the feature.

While voice unlocking may be useful, Android users may benefit from other unlock functions that keep devices unlocked under certain conditions.

Google under its Smart Unlock allows fondleslabs to remove lockscreen PINs and passwords while in a safe geographic area, but this relies on battery-munching GPS which also means lost devices may stay open within an 80 metre radius. Connectivity to trusted Near Field Communication devices is also an option.

A perhaps better substitute is through the popular Tasker app which allows handsets to automatically lock and unlock when near trusted WiFi spots. Users can combine a series of tweaks and plugins with the Secure Settings app to build custom triggers and events. ®