NSA: 'Back doors are a bad idea, give us a FRONT door key' 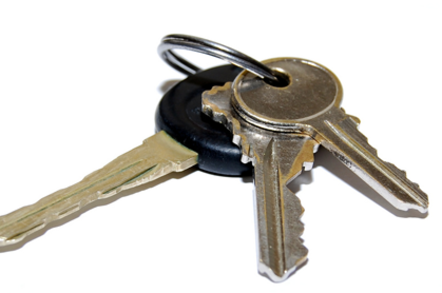 “Give me your tired, your poor, your huddled masses yearning for an iPhone, and we'll give you an encryption master key” seems to be the dream of the National Security Agency (NSA).

The NSA's latest thought bubble, floated in front of noted cryptography journal The Washington Post, is that a “master key” for all products running encryption should be created, split up, and distributed among several agencies.

The idea was raised in a speech by Michael Rogers, boss of the NSA, in a speech at Princeton University.

“I don’t want a back door,” Rogers reportedly said, “I want a front door. And I want the front door to have multiple locks. Big locks.” The idea seems to be that only when all the agencies holding portions of a key decide to use it together will decryption become possible.

Whether Rogers also considered the conditions under which the keys should be brought together to unlock a phone, the WashPo didn't report.

Also not mentioned is what would happen if someone reverse-engineered a key that would be (apparently) hard-coded into the firmware, probably because such things never happen. Nor do the deepest secrets of national security agencies ever eventually leak, it seems, and other countries would have no problem with a master key held (presumably) by US agencies.

Apparently, that's not the only idea the White House has in mind. The WashPo report also states that the administration is looking at simple mirroring of messages, under judicial oversight.

A judge might “direct a company to set up a mirror account so that law enforcement conducting a criminal investigation is able to read text messages shortly after they have been sent”, and insist that the mirror backs up stuff like photos residing on the telephone, before it's encrypted for communication.

Vulture South can't wait to see the tech sector's response to these ideas. ®

NSA can keep illegally spying on Americans into November

Feds had a hand in PRISM, too