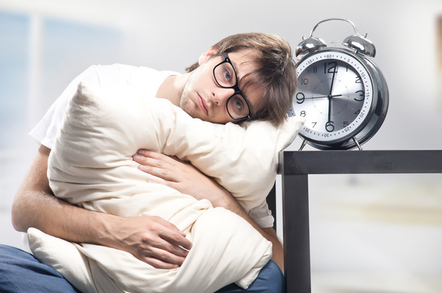 None of the above. It’s customers – those who don’t protect themselves adequately against hackers and malware.

That’s according AWS head of global security programs Bill Murray, who told The Register the biggest cause for concern is customers’ apps not being properly configured for security.

“Security at AWS is a shared responsibility between AWS and customers,” Murray said in a recent interview. He is responsible for AWS security, spanning physical security of Amazon data centres, while also handling warrants and subpoenas from law enforcement.

“We are asked this question a lot: 'What keeps you up at night?' What keeps us up at night in AWS security is the customer not configuring their applications correctly to keep themselves secure,” Murray said.

Murray would not say what are the single biggest hacking attack or malware types consistently hurled at AWS' walls. According to him, securing an application or service online in AWS is little or no different to if you were running the software on your own servers.

And yet, mistakes made in the offline world are repeated in cloud. That spans everything from failing to encrypt data to making passwords and keys available in systems that can be easily plucked via the internet.

Murray reckons customers should put their faith in Amazon when it comes to protecting both their systems and their data, because business this is the cloud firm’s – it’s not something customers must learn and keep up to speed on.

What's his advice for those who do flip their systems to the cloud? “They should be thinking about two-factor authentication, absolutely – one time passwords are the way to go. The other thing we advocate is encryption of data at rest and data in flight.”

AWS lets customers generate their own keys using CloudHSM and works with third parties who customers can choose to encrypt on AWS.

The firm builds its own security tools, to monitor its own internal systems for things such as rogue code installed by employees. It also monitors customers sites for potential vulnerabilities such as seeing if customers are storing keys in publicly accessible sites. AWS delivers a number of security products to AWS riders, too, including CloudTrail, CloudWatch and Trusted Advisor. ®