Bunfight over EFF's call for a DMCA exemption 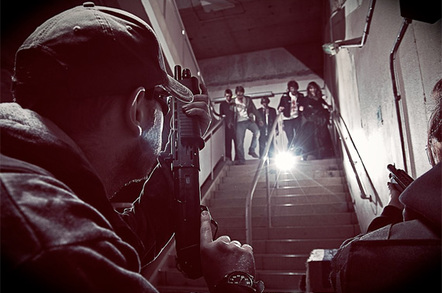 Google-sponsored "digital rights" group the Electronic Frontier Foundation has urged the US Copyright Office to allow players to be exempt from DMCA takedowns when they modify and then upload abandoned games online.

However, videogame lobby group the Entertainment Software Association has dismissed the EFF's campaign in a 72-page rebuttal (PDF) by arguing that such an exemption under the Digital Millennium Copyright Act would amount to piracy.

The EFF, for its part, said it wanted to keep online player communities happy by allowing games to live on past their publishers' death warrant.

It argued this week:

Section 1201 [of the DMCA] creates legal difficulty for these communities, which is why we’ve asked the Copyright Office to give them an exemption.

Section 1201 is often used by the entertainment industries not to prevent copyright infringement but to control markets and lock out competition.

This proposed class of works should be rejected because circumvention related to videogame consoles inevitably increases piracy and is detrimental to the secure and trustworthy innovative platforms that videogame publishers and consumers demand.

Congress clearly intended to protect the right of consumers and developers to choose between competing styles of platforms.

Public hearings about the DMCA exemption proposal are expected to take place next month in Los Angeles, California and Washington DC, the US Copyright Office said (PDF). ®