Sony to PlayStation 4 gamer: 'You got hacked, not our fault. Now give us £50'

Plus: The return of Chelsea Manning 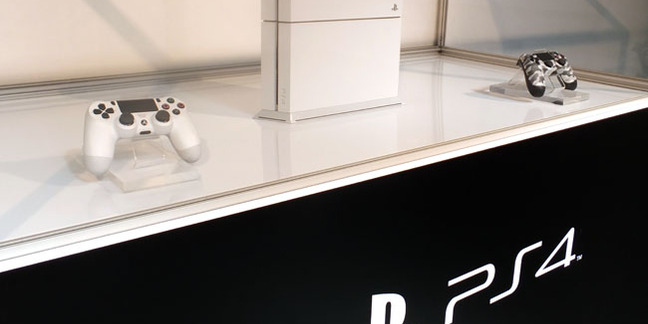 QuoTW The first days of April saw the death of OnLine, the judgement of TrueCrypt and Cisco going insane for the Embrane.

We also picked up a few epic utterances. Here are some of the best quotes:

It wasn't the best of weeks for Sony. The PlayStation purveyor came off looking less than cordial when it refused to reverse a fraudulent £49.99 charge on its network. PS4 owner Ben Smyth said:

I was advised on the telephone by Sony support that all use, including fraudulent activities committed by an unknown third party, is my responsibility. He advised me that Sony takes no responsibility for fraudulent use of my credit card details and security rests solely with me.

Meanwhile, at the Ft. Leavenworth penitentiary, whistleblower Chelsea Manning has managed to get back online. The one-time soldier has gained access to Twitter and offered the following as her inaugural Tweet:

In Washington, politicos seem, once again, to be confused as to how the internet works. Senator Dianne Feinstein thinks that getting The Anarchist Cookbook will be as simple as yanking a title from the local library. Said DiFi:

I am particularly struck that the alleged bombers made use of online bomb-making guides like the Anarchist Cookbook and Inspire magazine. These documents are not, in my view, protected by the First Amendment and should be removed from the internet.

Now over to China, where Google has dropped the Chrome banhammer on local root authority CNNIC. The Chinese certificate house did not take the news particularly well, saying:

The decision that Google has made is unacceptable and unintelligible to CNNIC, and meanwhile CNNIC sincerely urge that Google would take users’ rights and interests into full consideration.

Over in Blighty, London mayor Boris Johnson decided to go all in on transparency. Speaking up for more contact with the media, BoJo offered hacks this titbit:

Most civil servants understand that there’s a difference between being useful and helping public debate, and undermining the operation that they are in. I’m in favour of transparency

And finally, a tip of the cap to the UK National Museum of Computing, which celebrated its 10th anniversary this week. Museum director Derek Taylor described the mission of the museum thusly:

We do the best job of going all the way through the history of computing up to the present day and everything in between. And I think that to tell the story of computing, and the influence that the UK had on that story, is a very important one.