US Senate to probe the Obama-Google love-in 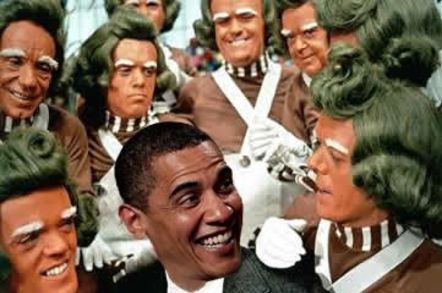 The US Senate’s subcommittee on antitrust and competition will investigate why President Obama’s political appointees at the top of the FTC closed an investigation into Google.

The American watchdog's own staff found sufficient evidence of wrongdoing to merit a prosecution – specifically, evidence of Google abusing its dominance in web search and online advertising to crush its rivals. The probe was ultimately shelved by the FTC's top brass after Google executives held talks with the regulator and the White House.

The evidence and recommendations to file charges emerged after an extensive report written by FTC investigators wound up in the hands of reporters. The confidential dossier was the result of a year-long investigation into Google’s business practices in 2012.

FTC staff found that Google was “in the unique position of being able to make or break any web-based business,” and had effectively used this to raise prices in its core business, which is advertising.

In 2013, Google agreed to make voluntary changes to its conduct, which the FTC argued brought about speedier remedies for netizens.

The Senate antitrust subcommittee’s chairman Senator Mike Lee (R-Utah) can’t reopen the investigation, but he can probe why Google and Obama's handpicked commissioners came to such an unusual arrangement.

This isn’t the only time Google has received lenient treatment from the President's appointees. Following a joint sting operation by the FBI and the Federal Drug Administration's officials in Rhode Island, Google agreed to pay a $500m forfeiture for knowingly aiding online pharmacies that were importing drugs and other controlled substances into the US and selling the gear without checking for pesky things like prescriptions and age verification.

In announcing the settlement, Peter Neronha, the US Attorney for the District of Rhode Island, said Google possessed “the requisite combination of knowledge and intent regarding the underlying criminal endeavor and did not act merely as an unwitting, neutral conduit for the principal defendant’s illegal activities."

However, Google later boasted the US Department of Justice had apologized to the California giant and “muzzled” Neronha, the lead prosecutor in the drugs case and an Obama appointee. Neronha denies he ever said sorry to Google, but has not commented on the case since $230m of the $500m forfeiture (£155m of £742m) was diverted to Rhode Island's public purse.

Interestingly, Google tried to help raise money for Senator Mike Lee’s reelection PAC – a political action committee that tries to get people in and out of power – but backed out around the time the subcommittee chairman started poking into the FTC agreement.

An ex-Googler now runs the patents office (Michelle Lee, Google 2003-2012) and one of the five FTC commissioners, Joshua Wright, was formerly bankrolled by Google; Wright arrived just before the FTC closed down the Google investigation, and he recuses himself from FTC work concerning Google.

Deputy assistant attorney general Hesse worked for Google as outside counsel at top valley law firm Wilson Sonsini Goodrich & Rosati while the DoJ's competition unit probed the Google-Yahoo! ad deal. She was responsible for overseeing antitrust complaints during most of the FTC-Google negotiations.

"While the US Government is involved in the biggest antitrust investigation in a decade, it is particularly odd that the newest of the four DOJ antitrust deputies to choose from to elevate to the Acting Assistant Attorney General for Antitrust position, would just happen to be the only one with a Google conflict of interest," says Scott Cleland, author of Search & Destroy: Why You Can't Trust Google Inc, a critical book on the company's practices.

Perhaps with all these former colleagues and associates in government, she isn’t worried at all. ®