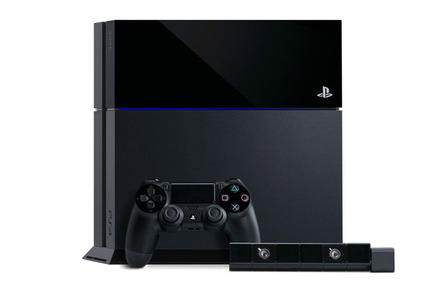 Ransom: Ben Smyth was told to pay the fraudsters' bill if he wanted his account back

Sony has told a victim of fraud he must either pay the outstanding charge caused by his Playstation account being hacked, or remain locked out – effectively rendering his console unusable.

In February, Ben Smyth's account was hacked and £49.99 was fraudulently charged to his credit card. His details were changed by Sony and the company told him the case was "under investigation".

Sony refused to provide a refund but he was able to get his credit card provider to block the payment going out.

Two months later Sony froze his Playstation account because of the outstanding £49.99, which it said was his responsibility to settle. The company does not dispute the fraudulent nature of the payment.

Until the money is repaid, all of his purchased content is unusable – including his games, as they require online access. He is currently unable to use more than £1,000-worth of purchased software and hardware.

He said: "I was advised on the telephone by Sony support that all use, including fraudulent activities committed by an unknown third party, is my responsibility. He advised me that Sony takes no responsibility for fraudulent use of my credit card details and security rests solely with me."

Smyth is claiming that Sony did not take responsibility to protect his account or provide protection against fraud. He has reported the company's activity to Trading Standards.

"Given that there is no other protection, such as two factor authentication, they don't give you many tools for protection," he said.

Under the terms and conditions of the Playstation contract, a console or account may be banned due to having a credit card charge reversed, or "charged back", resulting in debt. "A charge back can include credit card theft, identity theft or non-approved use," it says.

Smyth added: "It seems that Sony's terms and conditions punish innocent gamers and prevent a consumer exercising their rights to protection against fraud."

Smyth is not the first user to complain of the seemingly unfair policy. Last month a US user took to Reddit to complain of the policy, which meant he would have to pay $600 (£404) in charges or be banned from his account. The dispute was eventually resolved.

The company of course is no stranger to being a hack victim itself. ®

A Sony spokesman told The Register: "We do insist (an obligation outlined in our Terms of Service) that the SEN account holder is responsible for all activity and transactions made on their account – due to the nature of digital content, in that it is made available immediately and cannot be returned. We need to insist that the account holder take full responsibility for their account security."

"To do otherwise would create an opportunity for consumers to claim that they were not responsible for a purchase on their account, receive a refund and yet retain the content," continued the spokesman.

"If the reported unauthorised transactions were made on a console other than the one owned by the account holder, the person responsible must have had details of the account sign-in ID and password," he added.

"We wouldn't speculate on where this information was obtained, but we can state that our own database has not been compromised; whether the account holder willingly gave their details to a friend/acquaintance or were tricked into providing them via phishing sites or similar, the responsibility for keeping this information secure does lie with the account holder, as previously outlined."