Yes, AT&T, you do have to go to court with the FTC 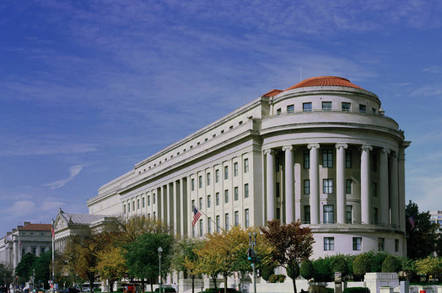 AT&T will be forced to go to court with the US Federal Trade Commission (FTC) over its handling of unlimited data plans.

Judge Edward Chen has struck down (PDF) AT&T's motion to have the FTC complaint dismissed, an order that will force the US telco giant to face charges of violating the Federal Trade Commission Act.

Last October the FTC sued AT&T, alleging the carrier tricked customers in describing its data plans as unlimited. AT&T allows customers to access as much data as they want, but slows connection speeds by up to 90 per cent once the user passes 2GB in a one-month period.

The complaint argues that AT&T does not do enough to warn customers of its policy and charges excessive fees when users ask to cancel their plans.

AT&T has maintained that its policies are perfectly legal and in line with practices used by other major US carriers. Lawyers for AT&T had asked Judge Chen to dismiss the complaint on the grounds that its 'common carrier' status exempts AT&T from the FTC rules, a motion the San Francisco district court shot down on Tuesday.

The phone giant argued that as a common carrier, it is exempted from the Federal Trade Commission Act and should instead answer to the Federal Communications Commission (FCC). Because of this, AT&T believes the FTC does not have jurisdiction in the matter and cannot sue.

Chen noted that the data service AT&T offers is not currently a common carrier service, and even when the FCC moves forward with its reclassification plan, the FTC would have a case that is not actually suing AT&T over the practice of throttling, but its handling of the policy.

"The problem with AT&T’s position is that, even though the FTC has characterized Count I as implicating an unfair practice, the gravamen of the FTC’s complaint is based on AT&T’s failure to disclose its throttling practice to certain customers," the judge wrote.

No date for the trial has been given as yet. ®