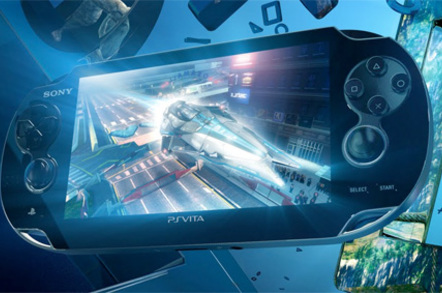 Sony and the FTC have agreed on a settlement deal that will include payouts to PlayStation Vita owners.

The US watchdog gave final approval to a settlement deal with the US arm of the Japanese electronics giant and its advertising agency Deutsch LA. The deal, first proposed in November will allow users who purchased a PlayStation Vita handheld console before June 1, 2012 to claim their choice of a $25 refund or a $50 merchendise credit for Sony's online store.

The agency accused SCEA and Deutsch LA of false advertising in its pitch for the handheld games console. The FTC argued in its complaint (PDF) that 2012 advertisements for the Vita gave unrealistic depictions of the remote play and PlayStation 3 compatibility features of the handheld.

The FTC complaint alleges that Sony's ads suggested the console would allow users to load and continue saved games on the console and remotely play titles from their PlayStation 3. In fact, only a small handful of titles could be played across the two consoles and in many cases gameplay was more limited on the Vita compared to the PlayStation 3 version.

Additionally, the FTC charged that Sony oversold the capabilities of the Vita's 3G connectivity, promising gameplay performance that the wireless connection could not hope to deliver.

In addition to paying the refunds to customers, SCEA and Deutsch LA will be barred from making any further misleading advertisements and will also be ordered to disclose when a paid endorser is being used, preventing the company from portraying hired shills as an "independent user or ordinary consumer".

Customers eligible for the refund will receive a letter and form due to be returned within 90 days in order to claim the $25 cash or $50 store credit.®

Microsoft, Sony and Nintendo all guilty, Apple in the clear

FTC: Sony told big fat WHOPPERS in its PlayStation Vita ads – and now it has to pay

Settlement with games giant could land you a few dollars

Wanna stream live TV to your Playstation? Get a Vue of Sony's new stuff

Games giant rolls over, starts the year on its knees