Halifax's '24/7' online banking service is down YET AGAIN 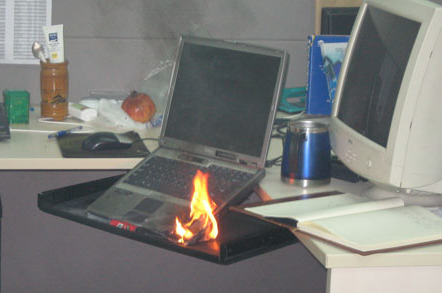 Updated The Halifax's online banking systems, advertised as being available 24/7, 365 days a year, are down for the fourth time in four weeks.

A spokesperson for the Halifax, when contacted by The Register to ask about the downage, said: "We've just found out, can we ring you back?"

While we waited for them to say something useful, complaints were mounting on Twitter.

@richardhollwey Hi, I'm GW. While I don't have a timescale at present, we're working to resolve the issue as quickly as possible.

This is the fourth time an extended outage has happened in the last four weeks. Downdetector records problems occurring on March 23, March 8 and March 4.

Halifax spokespersons told us: "We are aware of an issue and are working hard to resolve it. We apologise for any inconvenience this may cause our customers." ®

Halifax spokespersons have been back in touch to say:

"Our normal banking service was interrupted for a short time today, this is now resolved. We apologise for any inconvenience this may have caused our customers."

The spokespersons also claimed that none of them said "We've just found out, can we ring you back?" They added that, anyway, the conversation was "off the record".

For the record: You are only off the record with the Register if we have agreed that you are. You don't get to apply it retroactively. - Ed