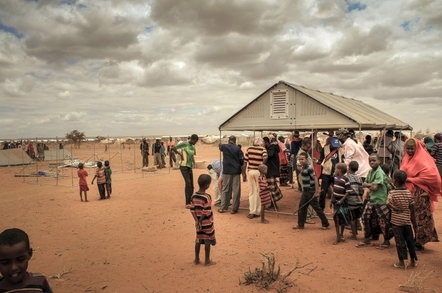 Following an 18 month trial in Ethiopia and Iraq, the 10,000 Better Shelter units are set to be deployed to Iraq, where more than 2.5 million people have been displaced from their homes since January 2014, mostly fleeing from the territorial advance of ISIS.

They are joined by more than 200,000 Syrian refugees fleeing ISIS and the war in their own country.

The shelters, developed by a charitable arm of the Swedish wardrobe merchants, are meant to be assembled within four hours – without tools.

They will be delivered completely flat-packed, easing transportation, and when assembled are more than twice as large as the tents currently used by the UN.

Unlike tents, however, the Better Shelter units will allow people to stand up. With lockable doors, ventilation, solar panels, mosquito nets and lights, they provide much more solidity and comfort than the temporary housing currently available to refugees.

Shaun Scales, chief of shelter and settlement at UNHCR, said: "The refugee housing unit is an exciting new development in humanitarian shelter and represents a much needed addition to the palette of sheltering options mobilized to assist those in need."

"The units comprise the best elements of a tent in that it’s prepacked, of minimal weight and produced to core standards, but it also has a rigid, self-supporting frame and it provides more physical security and dignity for its occupants," explained Scales at the Dubai International Humanitarian Aid and Development conference. ®

Cheap, flimsy, breakable and replaceable – yup, Ikea, you'll be right at home in the IoT world

MWC 2015 It's even mulling apps for tables and chairs