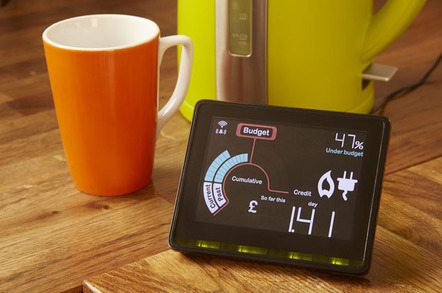 A report from the Institute of Directors (IoD) warns that the government's rollout of smart meters “should be 'halted, altered or scrapped' to avoid a potentially catastrophic government IT disaster.”

The report, entitled “Not too clever: will Smart Meters be the next Government IT disaster?” describes the £11bn scheme as “unwanted by consumers, over-engineered and mind-blowingly expensive."

The Major Projects Authority has carried out three assessments into the smart meter programme; however, the Department for Energy and Climate Change (DECC) has refused to publish them, citing commercial sensitivity.

Dan Lewis, report co-author and Senior Infrastructure Advisor at the IoD, describes a "political consensus" regarding the rollout as "a conspiracy of silence among politicians in thrall to big ideas and even bigger budgets."

"This is not an age when we have to take the government in trust on numbers. This is not where we should be at in the twenty first century," Lewis told The Register.

The abject failure of previous infrastructure projects, from the eBorders shambles to the NHS National Programme for IT, raises large questions about the Government's ability to implement this programme.

Earlier this month, the Energy and Climate Change Committee stated the program was running the risk of being "a costly failure," and was likely to cost most consumers more than it could save them.

Dan Lewis told The Register that the project was essentially the product of a "pre-smartphone age."

The IoD also raised concerns that the the largest government IT project in history may quickly become obsolete, and could even expose consumers to cyber threats.

Alongside providing a vector for criminal data access, the European Data Protection Supervisor (EDPS) reported in 2012 how the rollout entailed "considerable risks to the protection of personal data," from the smart meter providers without adequate consumer protections in place.

"It enables massive collection of personal data from European households and may lead to tracking what members of a household do within the privacy of their own homes." stated Peter Hustinx, the EDPS.

Lewis also told The Register that from the impracticality of smart gas meters and a failure to recognise differences in population density (which raises costs for meter inspectors) between the UK and Sweden, the programme seems to be constructed from counter-intuitive data which is not being made public.

"There is no transparency of the numbers," says Lewis. "The public hasn't been given access to the numbers behind the cost/benefit analysis. We might well end up with a situation in which the fuel poor are effectively subsidising the fuel profligate."

The report states that among the lessons to be learned was "that the process of creating a large piece of digital infrastructure is hugely complex and fraught with the potential for error."

Lewis did describe the professed aims of the smart meter programme as laudable: "We all recognise the benefits of reducing consumption and increasing energy awareness. But there is little credible evidence to suggest that a scheme of this size and complexity will achieve those goals."

A survey of IoD members showed that 80 per cent rated the ability of government to manage large IT projects as "poor or very poor."

The IoD report recommends that an incoming government should consider the following changes:

Smart Energy GB responded to the IoD report, claiming the IoD "does not understand what’s needed to secure Britain’s energy infrastructure for the future. They are suggesting that the future of our energy supply should rely on an amateur solution, with old and new technology muddled up and people texting in photos of old meters to fill in the gaps."

When asked of the response he expected the report to receive, Lewis acknowledged that he didn't expect the project to be cancelled overnight. "When you work in the think-tank sector you understand that it isn't always a matter of immediate response. You do this for individuals who can make their own case."

"This is something the next government can look at,” he added. “The rollout is not until April 2016. That is plenty of time to publicise the numbers underpinning the cost/benefit analysis.” ®

The case of the missing 300 Swiss francs: WIPO fires CIO following probe into allegations of fraud

Total WIPOut: IT chief finds his own job advertised

Pie in the sky? More like a Scotch egg in space

Figures still suggest scheme will cost more than it'll save